An hour-long session was added to Thursday's media day to give the teams more time to acquaint themselves with the Gen3 machinery, ahead of the final six hours of running on Friday.

Oliver Rowland (Mahindra) set the early pace to kick the session off, but his 1m26.878s was chalked off for track limits - so Abt driver Robin Frijns stepped up to fill the void with a 1m26.431s to go ahead in the session.

He was accosted by Nato, but the Frenchman's lap was then beaten by Maserati driver Edoardo Mortara - who got within half a tenth of Frijns' initial best.

Mortara then fancied a shot at the big time and briefly went to the top - but also had his lap expunged for transgressing the limits of the circuit. Sam Bird, who had then set a 1m26.394s to initially go second, was promoted to the top of the pile.

Bird's Jaguar team-mate Mitch Evans then placed his car on top with a 1m26.373s, holding the fort by the half-hour mark.

Sebastien Buemi then fired his Envision car to the top with a 1m26.066s, a likely shot in the arm for the Swiss driver following his lack of running in the Jaguar-powered car on the second day.

But he was then displaced by Nato, who grabbed a 1m25.776s to go nearly three tenths faster than Buemi.

This was moments before Nato's Nissan stablemate Fenestraz came to a halt on the exit of Turn 10, bringing out an unwelcome red flag to pause the session with 20 minutes left on the clock. 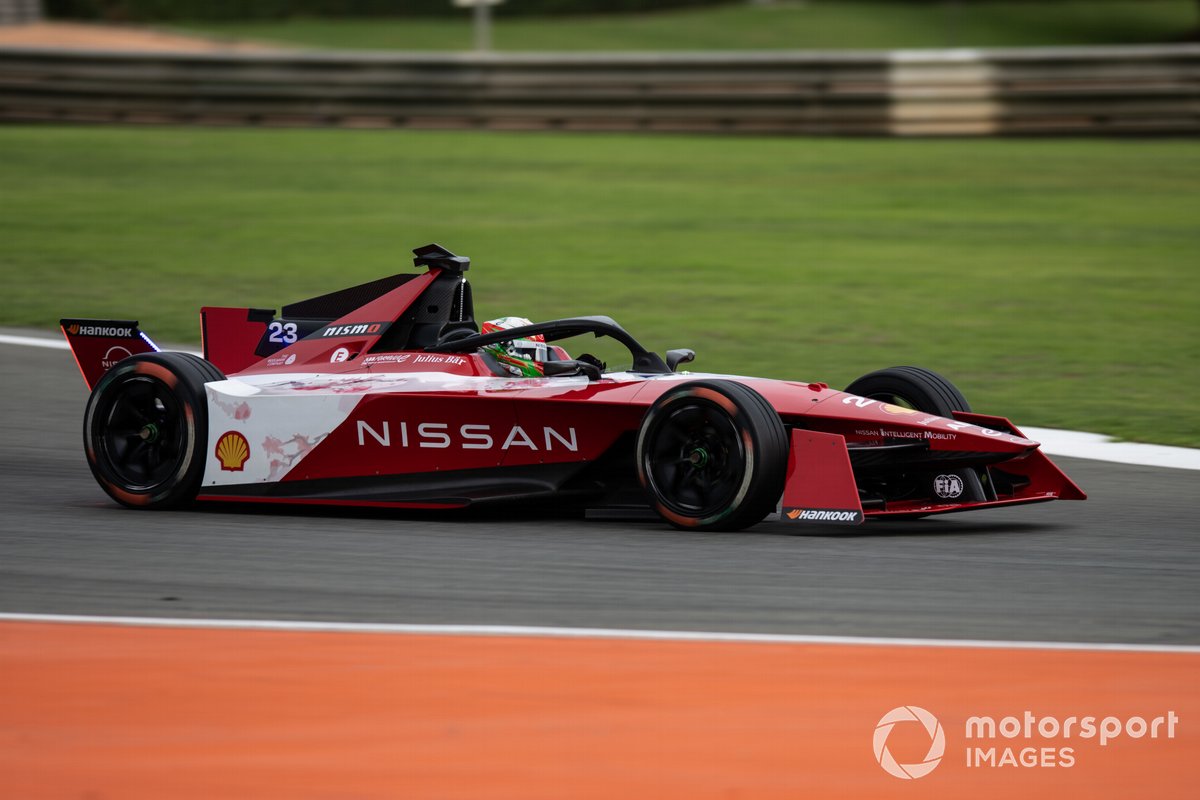 After a 12-minute layoff in proceedings, the cars returned to the circuit to hoover up the last vestiges of mileage available.

It was at the flag when Stoffel Vandoorne shot to top, but the reigning champion's 1m25.688s laptime was chalked off for track limits to reinstate Nato to first.

Rowland put in a late effort to grab second prior to Vandoorne's lap, setting a time just 0.107s off of Nato's best as Buemi claimed third.

Mortara was fourth fastest ahead of Evans, while Bird remained ahead of former team-mate Frijns to claim sixth.

Vandoorne, after his lap was deleted, was relegated to eighth in the times, ahead of DS Penske team-mate Jean-Eric Vergne.

Jake Hughes completed the top ten ahead of Andretti-Porsche namesake Jake Dennis, and the McLaren rookie also completed a session-best lap count of 25.