DS Techeetah's Vergne was one of several drivers to improve in the closing stages, joined by Stoffel Vandoorne and Pascal Wehrlein.

Vandoorne's placing was a boost to HWA, which had struggled for reliability in the Mexico City E-Prix.

HWA spent the day focusing on set-up and software improvements and Vandoorne's team-mate Gary Paffett led the afternoon session early on before ending up 14th.

Third-placed Wehrlein, who lost out on a first FE victory in Mexico just metres from the finish, was a further 0.092s back from Vandoorne in third.

Envision Virgin Racing's Robin Frijns topped most of the afternoon session and settled for fourth.

Evans's Jaguar squad's programme included working on finding a breakthrough to its lack of pace in qualifying.

Sebastien Buemi was ninth ahead of Edoardo Mortara, Daniel Abt, and Felipe Massa.

BMW Andretti had held a one-two early in the morning session with drivers Antonio Felix da Costa and Alexander Sims, who ended the afternoon in 12th and 21st respectively.

It was fellow German manufacturer Audi that ended up with the morning one-two - Abt ahead of di Grassi. 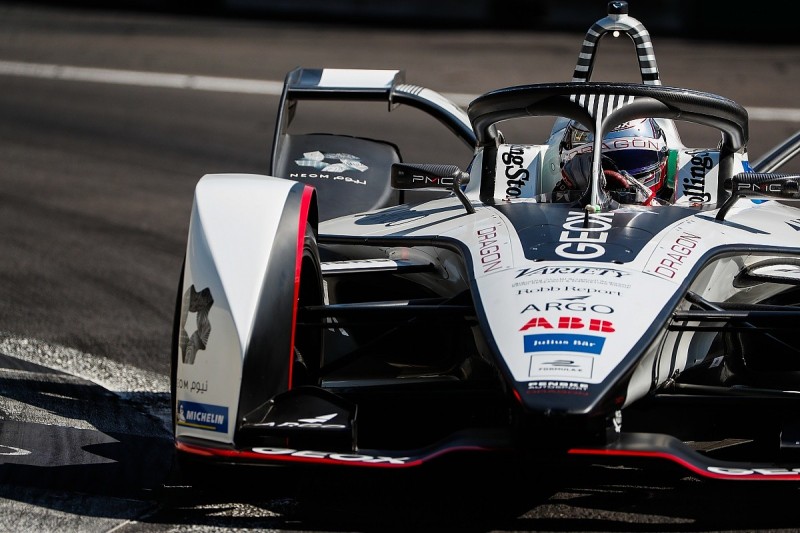 Lopez, who described Dragon's programme as getting on top of software issues, was fourth in the morning.

Nelson Piquet Jr missed around an hour of the morning's running as his Jaguar team remained at the track until 3am to repair his car following his huge Mexico City E-Prix crash.

Piquet took to the track in a new chassis and finished 19th in the afternoon, as Jaguar elected not to use his original.

Felipe Nasr caused the only stoppage in the morning when he clipped the final chicane, while there were two red flags in the second session - one for debris, and the other due to water on the track.