But the Mercedes motorsport boss stressed that Hamilton is not about to join the grid in the electric single-seater championship, where Mercedes has just launched its first team.

Hamilton drove a EQC Mercedes road car in Melbourne ahead of the 2019 Australian Grand Prix, and spoke positively about the experience of driving an electric car on his social media channels.

FE rules allow all teams three promotional days - usually reserved for filming - each season, in addition to the 15 days of private testing granted to manufacturers such as Mercedes to work on their powertrains each year.

"We drove together [in an electric Mercedes road car]," Wolff told Autosport

"We drove from the hotel to a Mercedes store in Australia and we were both really amazed [at] how well that car drove.

"If he wanted [to drive the FE car] - absolutely. And I'm sure at a certain stage in a career he's going to maybe try it.

"But I'm not saying that he's going to drive [as a Mercedes racer] in Formula E! He has his hands full with his current job." 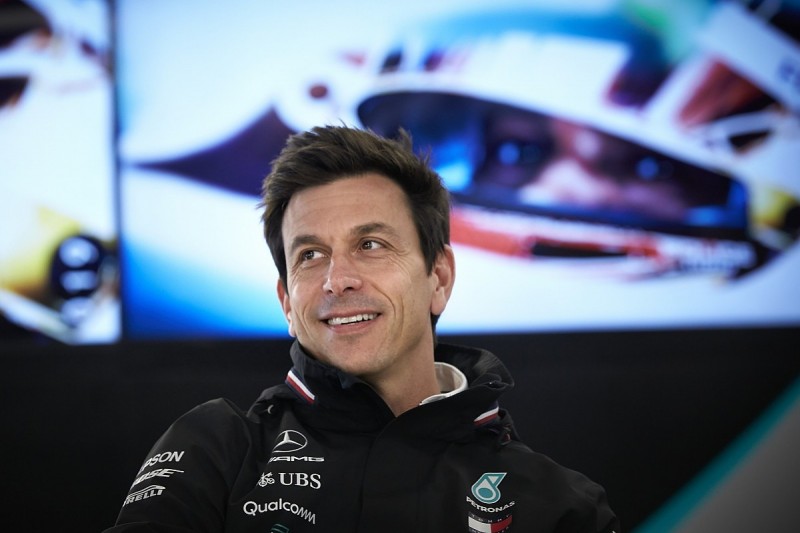 Mercedes is currently preparing for its debut FE season and its first drivers in the championship will be Stoffel Vandoorne and Nyck de Vries.

The manufacturer has entered the championship to promote its brand of EQ electric road cars, and cites the switch the Gen2 FE car and the removal of the need for drivers to swap cars to complete a race distance as one of the key reasons behind its entry.

Wolff states that the team does not expect to be frontrunners in its first FE season, where he will dedicate "maybe 10%" of his time to the new project around his responsibilities as Mercedes' F1 team principal.

"I have a situation where as head of Mercedes motorsport I the ultimate responsibility for all our works motorsports within the Daimler group," he explained.

"But in that case, being a team principal and chief executive officer for an F1 team, I can't, I haven't got enough capacity to actively lead the FE project in an executive role.

"So what we have decided is to hire dedicated leadership for the FE team, which is headed by Ian James, who worked for Daimler before.

"So he's the team principal of the Formula E team - he reports to me - in a separate structure. You need to do it full time.

"I'm involved in the main strategic decisions but I would say it's taking maybe 10% of my time."