Sims made his FE debut with BMW last season and showed good pace throughout that campaign, but was undone by a series of clashes during the middle of the season and lost a likely win in a high-profile crash with his then team-mate Antonio Felix da Costa as they ran one-two in Marrakech.

As a result of the series of incidents, Sims could not replicate da Costa's results - which made the former Red Bull junior a title contender in 2018/19 - and he finished 13th in the drivers' championship - seven places and 42 points behind da Costa.

But Sims ended his 2018/19 season on a high - he gave up a maiden FE podium by letting da Costa by in the first New York race to try and keep his team-mate's title bid alive, and he then took pole and finished second for the season finale.

Sims position in BMW's FE squad remained uncertain over the summer as the Briton confirmed he did not know if he would be re-signed for 2019/20 and the team was committed to reviewing its driver line-up even before da Costa left to join DS Techeetah. 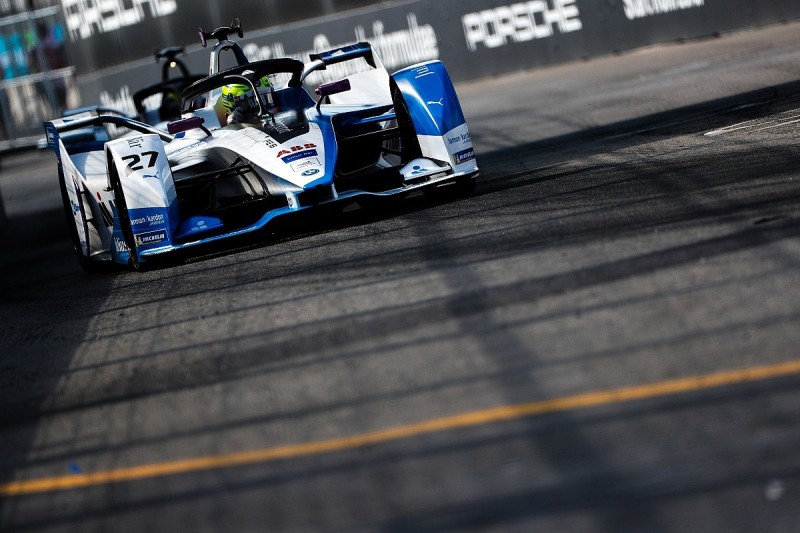 "I learned so much in my rookie year; there were fantastic highs and some lows to overcome and I'm determined to utilise this knowledge and start where I left off, continuing to build from there," said Sims.

"The competition is set to be tough this season with the other drivers, but I've got to grips with the unique challenges of Formula E and I'm ready to turn that experience into good results."

BMW motorsport boss Jens Marquardt said Sims had "learned at a rapid pace in his first season, and showed that he can be up there at the front".

"He was unlucky in some of the races, but he finally celebrated his first podium at the finale in New York. I'm confident that he will be able to build on this in 2019/20," Marquardt added.

Sims said he is "looking forward to working with Max, who did a good job last season and will be an asset to the team".

The BMW drivers will now head to next week's 2019/20 pre-season group test at Valencia.

At the corresponding event in 2018, BMW topped all three days of running and then went on to take pole and win the 2018/19 season-opener in Riyadh - albeit after in-race penalties hampered the leading DS Techeetah drivers Jean-Eric Vergne and Andre Lotterer.