Nick Heidfeld is unavailable for the final day of the pre-season test at Valencia, so Mahindra will hand Juncadella his first drive in the M4 ELECTRO.

Juncadella, the 2012 European Formula 3 champion has undertaken a race-winning Blancpain GT campaign this season after being dropped from Mercedes' DTM line-up, though he maintained a reserve role in the touring car series.

The 26-year-old told Autosport last year he was keen on earning a Formula E opportunity and has completed some simulator work for Mahindra in the last few days.

He will fill in for Heidfeld alongside Felix Rosenqvist on Thursday.

Mahindra team principal Dilbagh Gill told Autosport: "We are looking to have a third driver this year. I'm not saying he will be, but he is being evaluated for that role.

"We've been tracking him for some time.

"We look at good F3 drivers, and Dani's in a Felix sort of a mould." 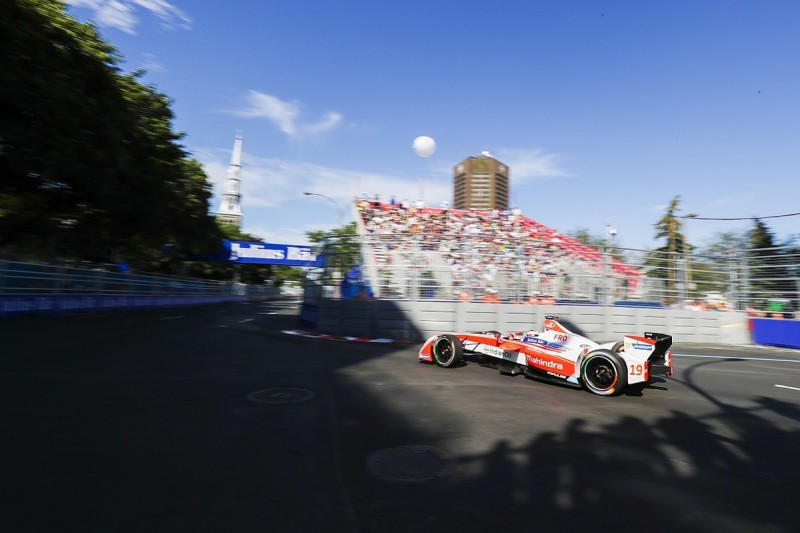 Juncadella's employer Mercedes will enter FE as a factory team in 2019/20, and has two of its DTM drivers - Edoardo Mortara and Maro Engel - testing for Venturi this week.

But Gill stressed that Mahindra's scouting of Juncadella was an independent venture.

"It's up to us, it's nothing to do with Mercedes," he added.

"If you look at our long-term plans we'd like to have another drive come on board.

Mahindra has not tested any other drivers in relation to the reserve driver role and hopes to make a decision in the next month.

Other drivers vying for FE opportunities this week are BMW's Tom Blomqvist and Alexander Sims, at Andretti, and Lexus Super GT ace James Rossiter at Venturi.