Massa qualified 21st for the opening race after making a mistake on his full-power lap, but he made swift progress in the race to run eighth until he clashed with 2018/19 FE champion Jean-Eric Vergne on the final lap and ended up 16th.

In Sunday's qualifying, Massa locked up at the Turn 5 left-hander and went straight on, failing to set a lap time before making limited progress to finish 16th in the finale.

Asked by Autosport for a summary of his weekend, Massa said: "Well [it was] very difficult.

"Yesterday [Saturday] I had a mistake in qualifying and I started in the back.

"But in the race, I was catching and overtaking and having [some] interesting pace [up] to the last lap.

"Then everything happened [the Vergne incident], until then, it would have been amazing to start 20th and finish eighth. 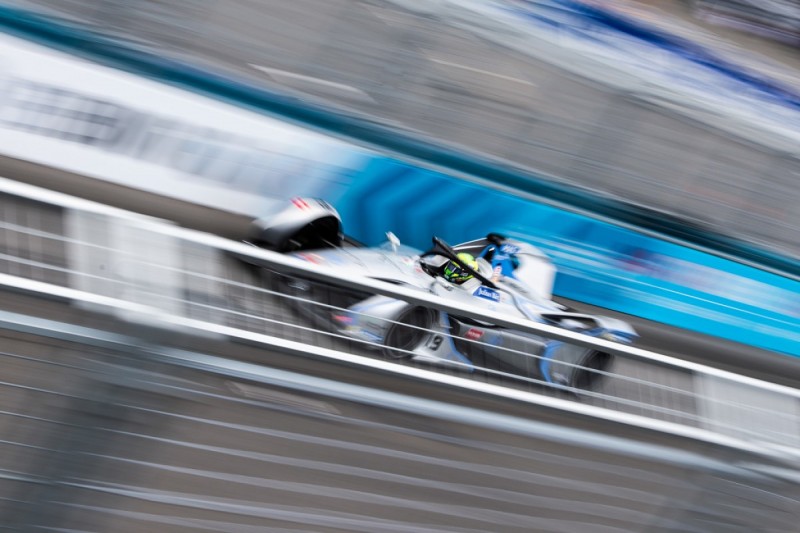 "And today [Sunday], to be honest, I could not understand the car all day. In qualifying, I locked the tyres in a way that I didn't expect and I went completely straight [on].

"In the race, I had the same issue all race. Every try [attempt] I had to find the pace, I was locking the tyres and going straight [on].

"I almost crashed six times in the race and I didn't have the car to try to fight and get positions. It was terrible.

"Some issues that we have in the car, I didn't understand exactly why, in the brakes that I couldn't really drive the whole race."

Venturi's season has been mixed in 2018/19 with its highlight proving to be a first FE victory in Hong Kong, but it came alongside a run of reliability problems.

Team principal Susie Wolff explained that both Massa and Edoardo Mortara struggled with a brake problem in the last New York race.

"That was a race to forget," said Wolff.

"We need to analyse what happened to Edo after the safety car [caused by Jose Maria Lopez].

"He had an issue with the brakes and Felipe was also struggling massively with his brakes throughout the race.

"It's a disappointing end to the season - but it will quickly be forgotten about as our focus now turns to season six."