The Argentinian secured his third straight WTCC crown with Citroen last month, and said that allowed him to shift his attention to preparing for his maiden FE campaign with the DS Virgin Racing team.

"It's been amazing, my [WTCC] journey, but nothing I did there will help me here," Lopez told Autosport.

"I have a clean book and need to start writing again.

"You need to switch the driving style on a lot of things.

"There's still a lot to learn but I can see my progress."

Lopez last raced a single-seater in his podium-finishing GP2 campaign in 2006 (pictured), though he did test for the DS Virgin FE team last summer as well. 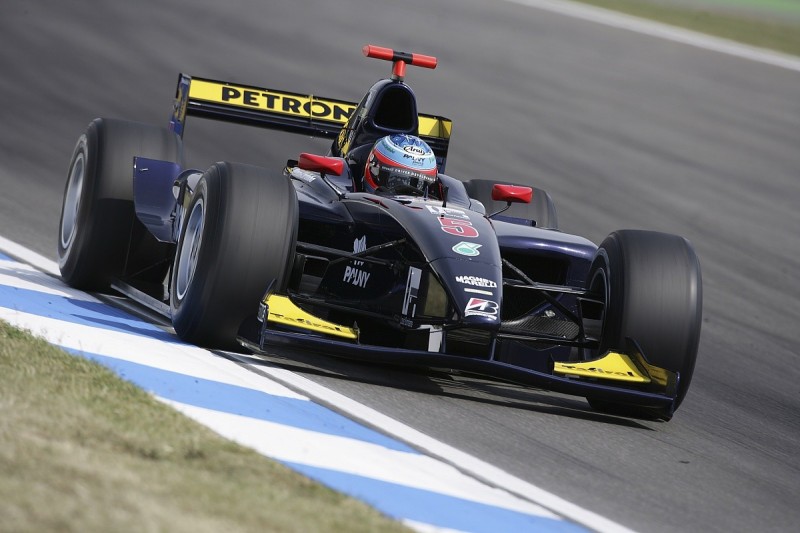 Lopez expressed satisfaction with how he has adapted to the new series but admitted it was tricky to go into the Hong Kong opener this weekend not knowing how the team compared to the opposition.

"The level of the driver here and the car is nothing compared to anything I've driven before," he added.

"The grip, the tyres, the chassis, the weight, together makes the car very nervous and difficult to understand.

"I'm quite happy with my long runs, they were not too bad, but it's so difficult because you don't know the energy everyone is using."

FE champion Sebastien Buemi and runner-up Lucas di Grassi both tipped Lopez to be winning in his debut season if the DSV-02 was competitive enough to fight at the front.

Lopez said he was "much more confident" after the second test but was not getting carried away with his expectations.

"I have to be realistic," he insisted. "Experience here counts so I have to be careful of the goals I have.

"For sure I want to be competitive. The top 10 in the beginning will be good but after a few races the top five is my target."