The championship and Mercedes-Benz Grand Prix have signed an agreement that gives F1's dominating manufacturer the option to join the electric single-seater series in its fifth campaign.

Formula E intends to switch to single-car races in 2018/19, and is likely to expand from 10 teams to 12 - with one of those additional slots now reserved for Mercedes.

Toto Wolff, Mercedes motorsport boss, said: "We have been watching the growth of Formula E with great interest.

"At the current time, we are looking at all the options available in the future of motor racing, and we are very pleased with an agreement that secures us an opportunity to enter the series in season five.

"Electrification will play a major role in the future of the automotive industry - racing has always been a technology R&D platform for the motor industry, and this will make Formula E very relevant in the future."

Mercedes is contractually committed to F1 until the end of the 2020 season.

It has dominated grand prix racing since the switch to the current turbo-hybrid regulations in 2014, with Lewis Hamilton clinching back-to-back drivers' titles and Mercedes sweeping teams' honours as well.

The marque is on course to complete a hat-trick in 2016, with Hamilton and team-mate Nico Rosberg locked in an exclusive fight for the drivers' crown.

A Mercedes move to Formula E would be the latest in a line of major additions to the nascent series, which starts its third season this Sunday.

Jaguar will make its debut in the 2016/17 season opener in Hong Kong, while last week BMW confirmed an engineering partnership with the Andretti team, with an eye on a fully-fledged factory entry from 2018/19.

Audi has already upped its involved in the Abt team for the current campaign and will induct it into its works motorsport programme from 2017/18. 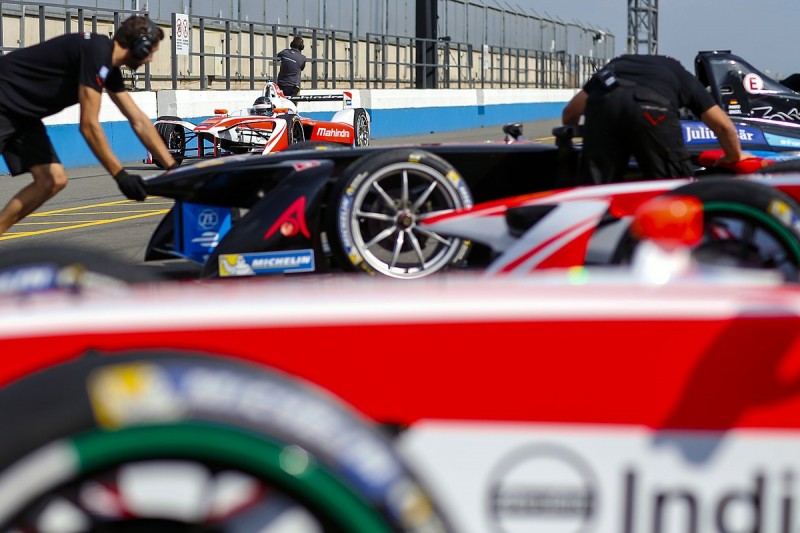 Renault customer Techeetah is the only current team not linked to a manufacturer.

A Formula E statement confirmed the current 10 teams "are all expected to continue in season five and beyond" and series CEO Alejandro Agag said "Mercedes would be a great addition to that growing line-up".

He added: "Formula E wants to become the platform where car manufacturers test and develop the technologies that they will then introduce on their road cars.

"Having the chance to include a brand like Mercedes in our championship in the future would be a major boost to achieve that objective."

Jaguar: Something wrong if we win in Formula E early