Formula E can be an “important platform” for major American car manufacturers to showcase their “almost unthinkable” decision to move to an all-electric road car line-up.

Last month, Jaguar announced plans to become an electric-only brand by 2025, five years ahead the UK government’s ban on the sale of new petrol and diesel cars.

This boosts the likelihood of Jaguar remaining in Formula E by committing to the Gen3 regulations in time for the 31 March manufacturer registration deadline.

Bentley will also adopt a fully electric range by 2030 and is known to be evaluating a Formula E programme that would place it alongside fellow Volkswagen Group member Porsche on the grid during the Gen3 era starting in 2022-23.

Major American manufacturers Ford and General Motors have also launched similar plans to consolidate around EVs and a “zero-emissions future”.

Formula E chief executive officer Jamie Reigle told Autosport that these marques entering the championship will enable them to “showcase that shift” and ‘meet their deadlines’.

He said: “Jaguar have made a pretty material announcement in terms of their commitment to shift the brand to be fully electric by 2025.

“Does that guarantee that they'll continue in Formula E? It doesn't.

“Does it mean that we believe the championship would be a great platform for them to showcase that shift and to meet that deadline? Absolutely. 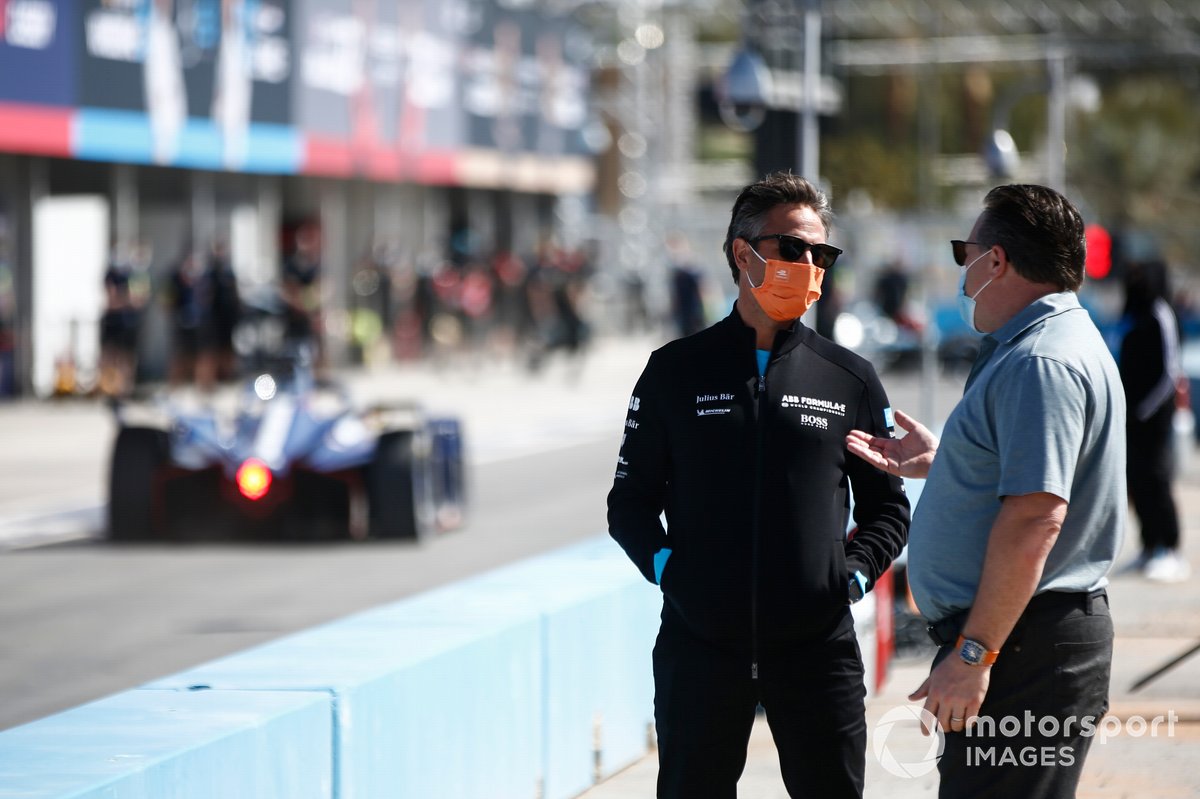 “The one that really surprised me was General Motors. When you look at the types of cars they sell, it's more trucks.

“For them to come out and say by 2035 they're going to shift to effectively a fully electric fleet… these are big signals.

“When I see those announcements, these were almost unthinkable two years ago. I feel really good about where [Formula E] is as a consequence.”

GM will have exposure in the inaugural season of Extreme E, of which Formula E is a shareholder, through its partnership with the Chip Ganassi team.

It will run with an Odyssey 21 E-SUV with bodywork customised to resemble the forthcoming all-electric Hummer.

Reigle added: “There's a reason that Ford have come out and said they're going to shift to electric in Europe by 2030. There's a reason GM have done that in the United States.

“It's not because they suddenly woke up and said, 'I really care about the environment and that's my primary motivation'.

“The reality is people are going to be buying a lot more electric cars. That sounds obvious, but that wasn't the consensus even 18 months ago. The manufacturers recognise that.

“We have some [in Formula E] who are very visionary in that have been committed already.

“There are others who haven't started to make that shift, but we can be really important platform [for them].”