Audi Formula E chief Allan McNish insists his team abided by the regulations after Lucas di Grassi was black-flagged for driving through the pitlane during a safety car period and controversially gaining the lead of the London E-Prix.

Di Grassi was running in the lower reaches of the top 10 when the second safety car of the race was called for after a collision between DS Techeetah driver Antonio Felix da Costa and Porsche’s Andre Lotterer under braking at Turn 1.

The 2016/17 Formula E champion soon dived into the pitlane and briefly stopped in front of the Audi garage, before joining the track at the front ahead of race leader Stoffel Vandoorne of Mercedes.

Audi’s move was investigated by race control and di Grassi was handed a drivethrough penalty for what the stewards described as a "safety car procedure infringement".

However, Audi chose not to serve the penalty, earning di Grassi a black flag at the start of the final lap.

The Brazilian driver crossed the line in first position but was shuffled back to eighth place, his drivethrough penalty converted into a time penalty, allowing Mahindra driver Alex Lynn to claim his maiden victory in Formula E.

However, three-time Le Mans 24 Hours winner McNish - who was seen sprinting to the race control room during the race - insists Audi did nothing wrong in London.

There is no regulation in place that prevents drivers from passing through the pitlane during a safety car phase, with the rules amended to keep the pitlane open should drivers need to stop for repairs.

Audi was handed the penalty because di Grassi did not bring the car to a complete stop. He locked-up on the indoor slippery surface, meaning the wheel speed was zero but the car speed was not zero.

“Basically, we were in quite a unique situation here in London that the pitlane is quite short and also the safety car was unusually slow and in reality, it was quicker to go through the pitlane, which the regulations do allow,” explained McNish.

“Lucas comes to a stop and accelerates out. We were quite surprised how much time he actually gained as it turned out but unfortunately the stewards deemed that he didn't stop the car sufficiently enough [by the standards of a full stop].

“However, the drivethrough [penalty] is not something you can appeal in this situation, so unfortunately we are in a situation where we have to review all the regulations now.” 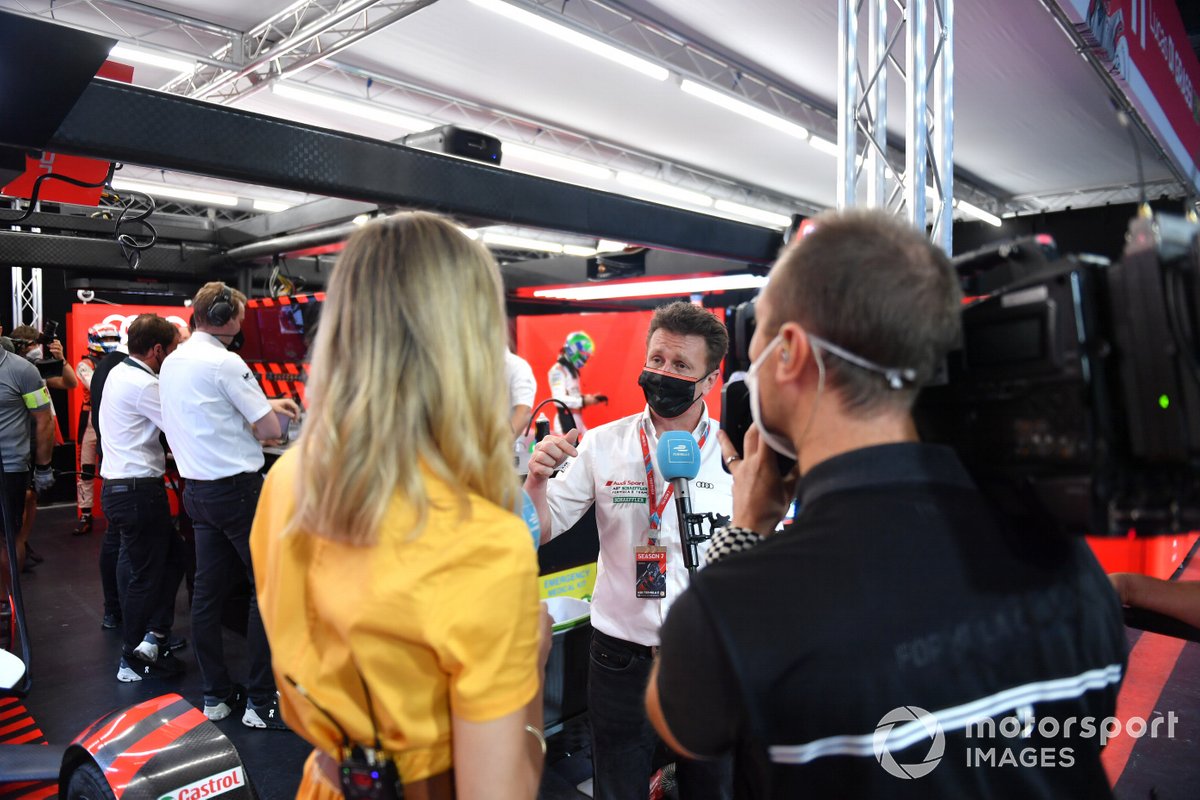 Asked to elaborate further, McNish was initially convinced di Grassi stopped in the Audi pitbox for a sufficient amount of time before returning to the fast lane.

“We are visually standing here and they are looking at the data," he explained. "From that point of view the cameras that you saw [on TV] are actually behind the sign, so it's very difficult to see and our guys were looking at it very clearly.

"We understand and know the regulations extremely well and we abide [by] it, and we believe by the regulations. However, the judges are fact, in this case, and the stewards believe otherwise."

McNish added that Audi will analyse the data from the car after the race.

“We haven't got the data from the car. That's one of the issues with Formula E, that we've got to wait until the car comes back to be able to download the exact data, so we will be doing that in due course,” he said.