Mahindra driver Alex Lynn says a lack of Formula E wins had “tortured me for many years” after finally tasting success on his 40th race start in London on Sunday.

Lynn qualified on pole on his FE debut in New York in 2017 but has since struggled to replicate the kind of results he has achieved in endurance racing, including the Le Mans 24 Hours, with a fifth-place result in Berlin last August his best finish before this year.

But a first full-season drive in the category since 2017-18 has transformed his fortunes and, after scoring a maiden podium in Valencia in April, he converted third position on the starting grid into a home victory in the second London E-Prix.

The result also marked Mahindra’s fifth-ever triumph in the all-electric category and ended a win drought stretching back to the Marrakesh E-Prix in January 2019.

Asked where he would rank his FE victory among his career highlights, which includes a GP3 title and a Le Mans class win with Aston Martin, the Mahindra driver said: “It’s up there, it's up there. From a personal highlight it's been one that has tortured me for many years now.

“My Formula E career has been quite an interesting one. And there was a part of me to be honest that would have left with just a win, then I could have just ticked it off - at least I [could have told myself I] knew how to drive this category.

“I always felt like I could drive one lap reasonably okay but couldn't put a race together. That was always quite famous in the sense but to finally win I'm now 'okay, I know how to drive a Formula E-ish'.”

He added: “It's really difficult to put into words because it's sort of four years on-and-off in Formula E and dreaming of one day maybe coming close to winning a race.

“Actually, on Saturday I led my first-ever laps in Formula E and today I managed to win which is so crazy.” 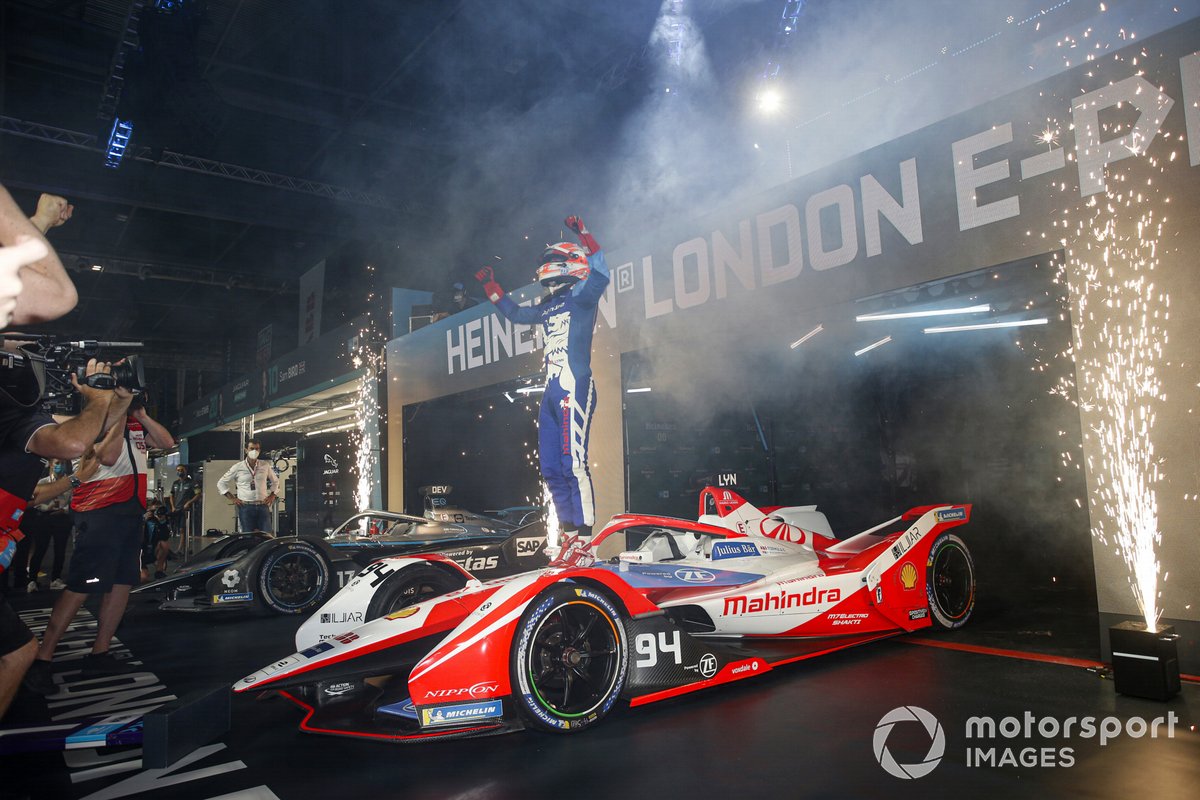 Lynn qualified third on the grid but slipped to fourth early on after Mercedes driver Nyck de Vries passed him into the Turn 10 hairpin.

But he was able to repass the Dutch driver with a fanboost-assisted move at Turn 1 later in the race to finish second on the road, which became first after Audi driver Lucas di Grassi was black-flagged for not serving a drivethrough penalty.

The second Mercedes of long-time race leader Stoffel Vandoorne and Oliver Rowland dropped out of contention in an incident triggered by the Nissan driver.

Having expressed concerns about Mahindra’s long-run pace after slipping from pole position to third in Saturday’s opening encounter, the British driver felt his team had made major strides in this area overnight.

“The race was good,” he said. “I think we had better pace than Saturday. Nyck passed me fairly early on in the race but I was okay with that because I knew he was going to be really quick, and I thought my race was with other people.

“I think we definitely did make a step forward today compared to Saturday. Every double-header we've done recently, the Saturday has usually been quite painful in the race and then we learn a lot overnight and improve the car.

“We are struggling to get it right the first time but today we made a step forward. But the safety car definitely helped with the tyre temperature and that was enough.”

Lynn, who is widely acknowledged to have been dropped by Mahindra for 2022, has moved up from 17th to sixth in the championship following his double podium finish in London, 19 points behind standings leader Sam Bird of Jaguar.