Disqualified Audi driver Lucas di Grassi says the “mistake” that cost him a controversial victory in the London E-Prix will “stay in my head for the rest of my life”.

The Brazilian took a surprise lead ahead of Stoffel Vandoorne when he pitted under safety car conditions and gained seven positions through the 50km/h limited zone to emerge in first place.

This move, while divisive, is permitted under Article 38.11 of the FIA Sporting Regulations. It reads: “The pit lane entry and exit remain open and cars are free to pit provided that they stop in front of their pit.”

However, di Grassi was handed a drivethrough penalty for this manoeuvre after he was found to have locked up in the pitbox and not brought his Audi e-tron FE07 machine to a total stop.

While the wheel speed registered zero, the car was not completely stationary for any length of time.

Di Grassi was not informed of his drivethrough penalty while Audi team principal Allan McNish protested the decision with the race stewards and was away from the garage.

That meant di Grassi was given a black flag on the final lap at the ExCeL Centre and initially demoted to eighth place, although was later disqualified and the team fined €50,000.

Speaking to Autosport, di Grassi reckoned he would rue the small error for the rest of his life.

He said: “First, I was not aware of the penalty until the end of the race.

“I was happy for like 10 seconds and then sad again.

“It's sad that we didn't win the race because of a small detail.

“That will stay in my head for the rest of my life.” 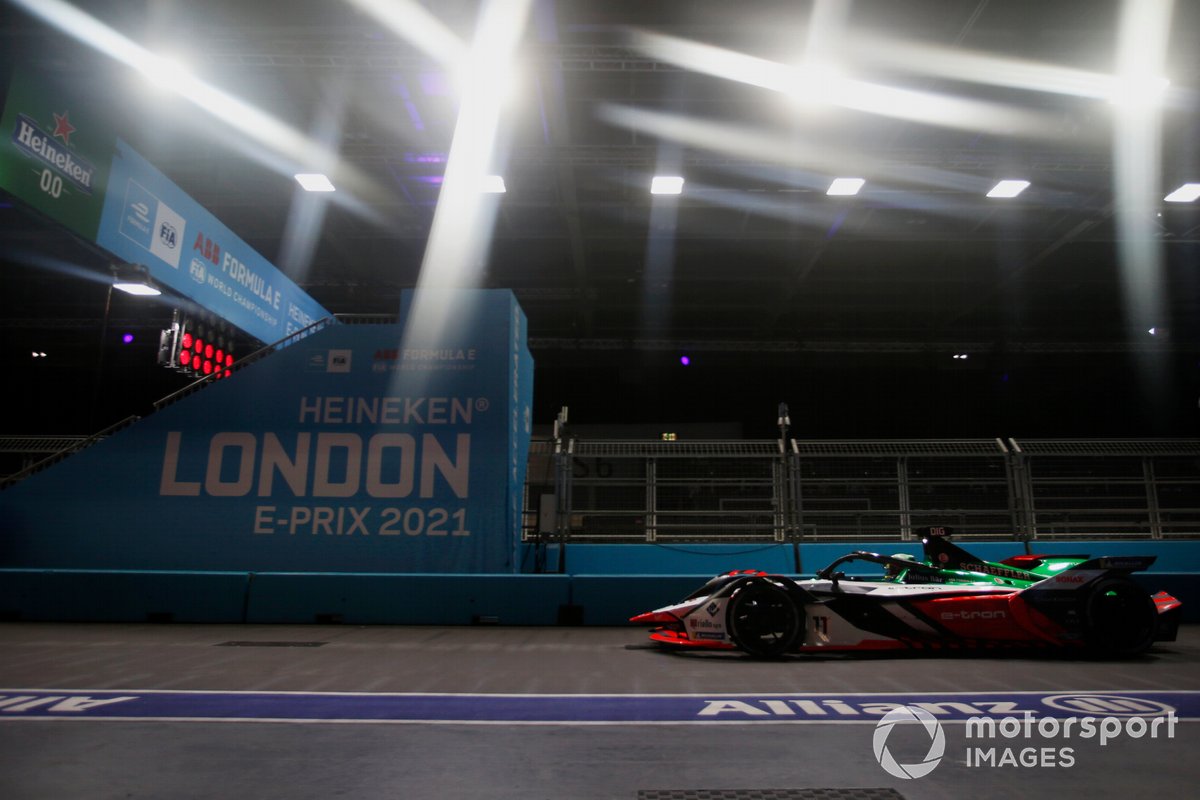 Di Grassi compared the move to Michael Schumacher’s victory in the 1998 British Grand Prix, when the German did not serve a drivethrough penalty on the final lap after the Ferrari pitbox was placed beyond the finish line.

He then likened the Audi scenario to the offside rule in football, telling Autosport: “I could have lost out. There is risk involved.

“Like in football, there is offside, you play with the rules to put the guys on offside.

“Here, there is a very complex rulebook. Everybody's trying to find margins, or holes to try to gain advantage. We did everything by the book today.

“I'm very proud that the team actually had the bold move or had a bold feeling that you win the race if we do this.

“There is risk involved but it was worth taking it.

“It was my mistake here in front of the garage by not stopping because this [indoor surface] is so slippery. I was sliding. The tyres were locked.

“For me, the car stopped because I locked the tyres. This slide caused the penalty.

“It's part of the game, to look at the rules, and try to find ways of gaining advantage and therefore racing.