Formula E has dispensed with cost-saving tyre regulations it only introduced last year in addition to slashing the length of practice sessions ahead of the forthcoming 2022 season.

Following the 19 June 2020 meeting of the FIA World Motor Sport Council, the sporting regulations were amended to support the “sporting and financial” health of the series.

Among these updates, each driver was cut from four to three new rear and front tyres per event (practice, qualifying and the race) and four of each for a double-header round.

However, at the most recent WMSC meeting held on 15 October 2021, changes were approved to return to the previous limits of four new rear and front tyres per event, while an increase to six of each for a double-header round.

Although engineers enjoyed the challenge of running a combination of hot and cold tyres in 2021, the return to the previous allocation will accommodate the higher power levels the cars will run for 2022.

It is perceived that the increased power and new Superleague Formula-style knockout qualifying format will increase tyre wear with the introduction of head-to-head duels.

Practice sessions will also be cut by a third, down from 45 minutes to half an hour.

Previously, on the opening day of a double-header event one 45-minute and one 30-minute session was held and a standalone 45-minute final practice on the second day of the event.

But for 2022, to accommodate the revised timetable and to adhere to car charging requirements, all practice sessions will run for a maximum of 30 minutes.

This will also protect the McLaren Applied-supplied standardised battery against the increased power levels. 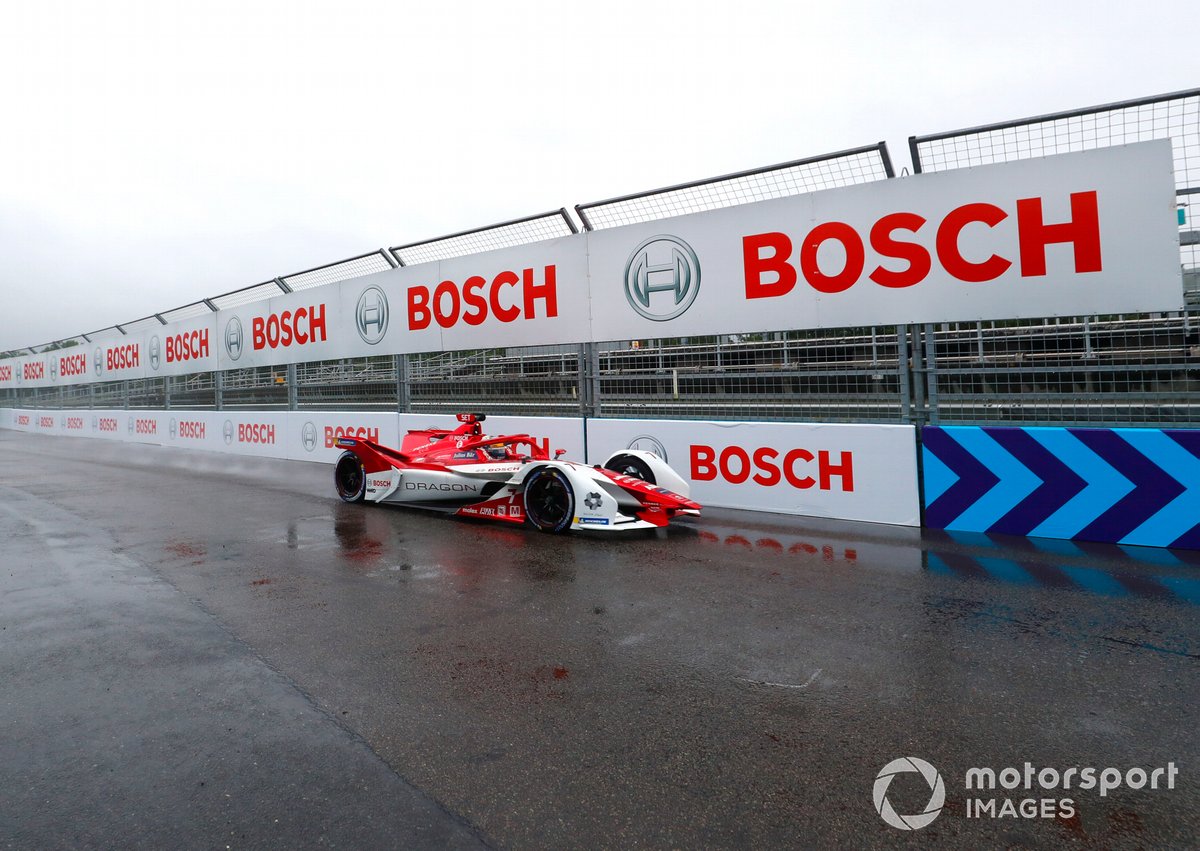 Practice times will be reduced to 30 minutes

The FIA has also backed Formula E’s measures to avoid a repeat of the highly contentious 2021 Valencia E-Prix, in which only nine of the 24 cars finished at racing speed.

As first reported by Autosport in August, the Formula E Teams and Manufacturers Association was in talks with series officials and the governing body to amend its safety car and full-course yellow periods, the latter analogous to a virtual safety car in Formula 1.

This related back to the June 2019 meeting of the FIA World Motor Sport Council when it was approved that for every minute the race was neutralised, 1kWh of useable energy would be deducted from the 52kWh race total.

This was to ensure that the slowed pace during an intervention and the subsequent energy saved would not lead to flat-out sprint races and instead keep efficiency and the software race in Formula E at the forefront of the championship.

However, the series took a public image blow when it debuted on a permanent track last season at the Circuit Ricardo Tormo.

A flurry of safety cars, inspired by early wet conditions, led to a total of 19kWh being deducted at the discretion of the race director, which led to several cars running out of energy before the flag.

But the series will adopt a new procedure that is equivalent to added time in a football match.

Replacing the energy reductions, the 45-minute plus one lap race timer will be extended in relation to any safety car of FCY incidents.

For every minute spent in neutralised conditions, 45s will be added to the timer unless it occurs after the 40th minute of the race, in which case no amendment will be made.

Da Costa to remain with DS Techeetah in 2022 FE season