To lower consumable costs, the FIA and FE have introduced a 25% reduction to the allocation of the all-weather Michelin tyres available per race weekend for this season.

Previously, each car could use “no more than four new rear and four new front” tyres (equivalent to two full sets) for each round, but this has been cut to three for 2021 - and four for a double-header race event.

As such, under Article 25.3 of the FIA Sporting Regulations, if a one driver sustains a puncture during free practice, the team must replace the tyre with an unused tyre from their team-mate's allocation.

Envision Virgin Racing driver Robin Frijns crashed during second practice ahead of the opening race in Saudi Arabia but did not damage his tyres.

“Especially if you have a crash in FP1 or FP2, you are on the back foot for at least one day," Frijns said.

“We are 90% of the time driving on street tracks and a mistake can cause big damage.

“It’s quite easy to damage the tyre as a result. It makes life more difficult." 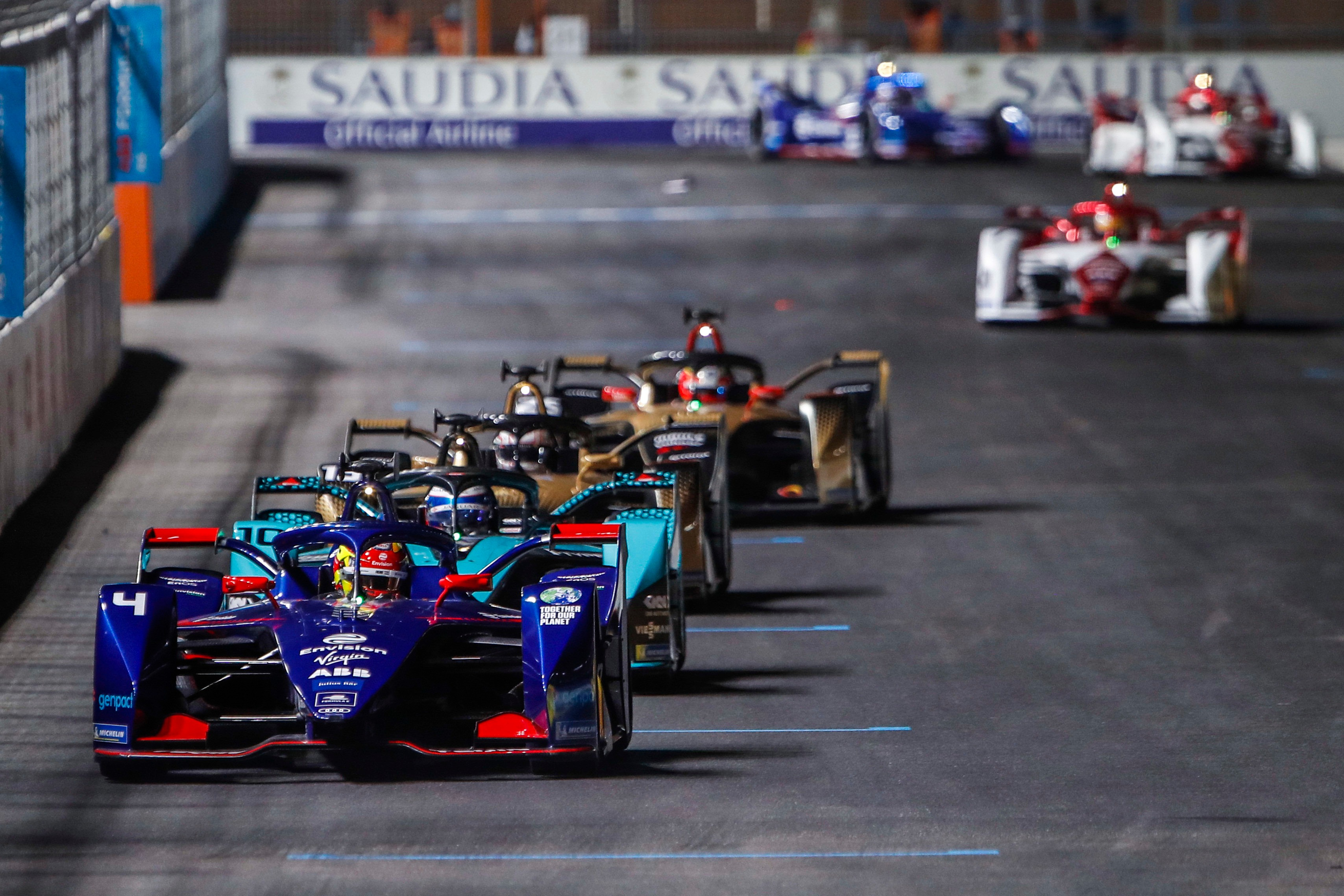 “You have to be a lot more careful on your plan. You have to optimise the tyre and use the tyres at the best time.

“It’s another element that you really have to take into consideration. It just makes it more challenging for everybody.

“Going off-line, you don’t want to harm your tyres. It makes it a real tightrope, as though Formula E wasn’t enough of a tightrope, it’s another element.”

For the new Gen3 rules cycle coming for the 2022-23 season, when Hankook takes over from Michelin as the sole supplier, each car will be limited to one set of tyres (two fronts and two rears) per round.

Sam Bird, who won the second Diriyah E-Prix for Jaguar, having crashed out of the first race in a shunt with Alex Lynn, said: “Thinking ahead to Gen3… that’s going to be really difficult.

“Certainly, if you do have any contact with the wall or have a puncture, your day can be very compromised.”

DS Techeetah driver Jean-Eric Vergne added: “[I’m] clearly not looking forward for Gen3 with one set of tyres for the weekend.

“I don’t know why we have this rule, to be honest.

“It’s quite difficult because sometimes you can get unlucky and have a puncture in the shakedown, for example.

“[It’s] nothing to do with you, but it’s a possibility.

“The regulation, as it’s written, you cannot change it, so it’s a bit of a lottery."