Formula E drivers reckon overtaking will be “near-impossible” on the revised ExCeL Centre track and are already calling for future races to feature further layout changes.

Team simulations revealed the two races would be close to flat out sprints, which prompted the FIA to deduct 4kWh from the 52kWh race total to introduce an element of energy saving that would increase the likelihood of drivers opting for different strategies.

It was hoped that this might avoid the widely-held suspicion that the return to the UK capital would be typified by processional racing, but many argue the FIA has not gone far enough.

Combined with major modifications to the final sector to reduce average speeds, which has led to the introduction of a hairpin and a chicane, drivers reckon overtakes will be minimal.

Reigning champion Antonio Felix da Costa told Autosport: “I suspect for the race it’s not what we need.

“[It will be] very hard to overtake and on top of that, there’s not a lot of energy management.

“I’m not here to say what the FIA has to or not do, but the reduction could have been bigger to fit the track.

“With the reduction as it is now, it will still be hard to overtake. It’s too fast.”

The provisional circuit layout was first shown ahead of London’s anticipated return for the 2019-20 season, but the debut was delayed as the ExCeL was repurposed into the temporary Nightingale Hospital during the first waves of the COVID-19 pandemic. 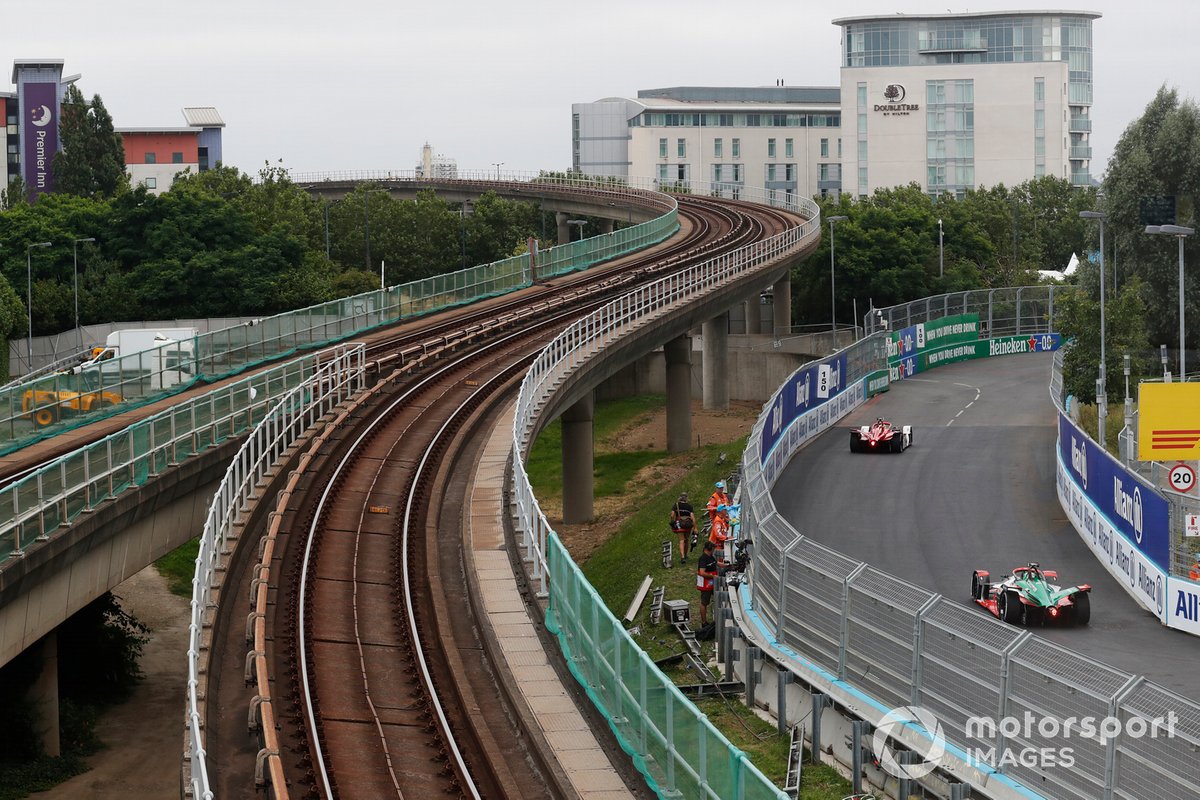 But despite extensive changes to all three sectors of the lap from the layout first shown in March 2019, drivers are calling for further modifications to be made in time for the 2022 races, which are scheduled for July 30-31.

Da Costa’s DS Techeetah teammate Jean-Eric Vergne, who notably called out the “disintegrating” Autodromo Miguel E Abed circuit used for Puebla E-Prix, credited the championship for returning to London for the first time since the 2015-16 season finale in Battersea Park.

But the free practice 1 pace-setter added that it was “not the best track for the fans”.

Vergne said: “It looks really nice. It's the first time in our life we race half indoor, half outdoor.

But the two-time champion reckoned: “It's way too tight for Formula E, so it might be very difficult to overtake. We might see a bit of train.

“I'm one of the drivers who is always quite tough on circuits.

“For the years to come, they will change the layout and we will have more overtaking opportunities.

“For what it is at the moment, it's tight. It's going to be near-impossible to overtake.”

"Even if we had quite extreme energy saving to do, I don't think the circuit layout promotes an enormous amount of opportunities to overtake.

"We can do some small modifications in the years going forward to increase overtaking opportunities because right now difficult to see in the dry where you would potentially move forward."