Jean-Eric Vergne topped the first Formula E practice session at the ExCeL Centre ahead of the London E-Prix as the quickest five drivers were split by just one tenth.

A tweak to the usual weekend format moved the longer opening practice run to Friday evening, after a morning shakedown, as the world’s first indoor-outdoor circuit made its official debut.

The tight 22-turn course is expected to produce processional racing with limited space for overtaking, while even a 4kWh race energy deduction made by the FIA is thought to be insufficient to create diverging strategies to allow drivers to have differing levels of pace.

In the opening 45-minute session, DS Techeetah driver and two-time champion Vergne set the pace with his 1m21.650s benchmark that he posted in the final minutes.

That moved Vergne, who admitted to being taken aback by the change from the dark indoor exhibition hall to the natural outdoor light, four thousandths clear of Envision Virgin Racing rival Robin Frijns.

The Dutch racer enters the penultimate double-header event of the season third in the championship, but he is yet to win a race in 2021.

In a rare move for the topsy-turvy campaign this year, the top five times appeared to reflect the relative competitive ranking as points leader Sam Bird ran to third quickest.

The Jaguar Racing driver was 0.034s in arrears of Frijns, having traded places with team-mate Mitch Evans at the top of the board as they cycled through their lower 200kW runs.

Defending champion Antonio Felix da Costa, currently second in the table, split the Jaguars in the dying moments to clock the fourth-best time ahead of the Kiwi, although Evans’ best run was still only 0.096s shy of Vergne’s session-topping effort.

Despite running quickest in the second-half of the practice session, once teams switched their drivers into qualifying simulation runs, Alex Lynn slipped to sixth for Mahindra Racing. 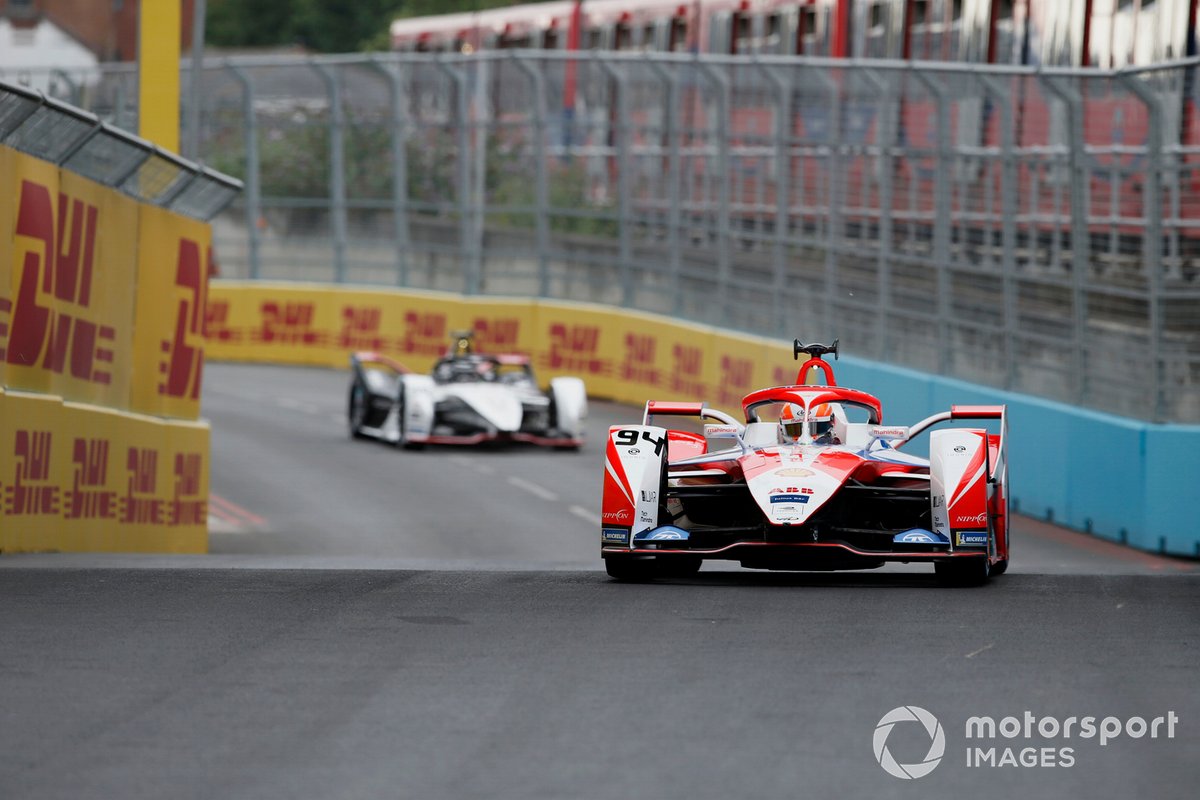 Stoffel Vandoorne led the Mercedes charge, which has massively faltered from its points-leading prominence over the most recent three events, as he ran to seventh place.

Disqualified Puebla victor Pascal Wehrlein split the Silver Arrow 02 machines as he ran to eighth in his Porsche and Nyck de Vries beat Sergio Sette Camara, who rounded out the top 10 for Dragon Penske Autosport.

Edoardo Mortara, whose third place and victory in Mexico counts as the best double-header result of the season by any driver, ran to 11th ahead of Jake Dennis and Andre Lotterer.

The Audi car's pace, which had been most effective on more natural and bumpy Formula E street circuits, appeared subdued as Rene Rast was only 15th behind Norman Nato.

A slow session for Nissan e.dams ensured Oliver Rowland was only 19th while 2015-16 champion Sebastien Buemi’s 2021-long search for pace seems set to continue as he was just 23rd quickest, although less than a second shy of Vergne.