The new format, which features a two-group opening stage before breaking into a tournament-style duels battle over the best time, was employed for the first time since the former groups format was discarded.

Vandoorne went first in the final, initially losing out to a rapid Dennis in the opening sector and sitting over a tenth adrift.

But Dennis’ haste led to a mistake while navigating the quick-fire corners at the top of the hill, losing almost six tenths to the Mercedes driver with a Turn 6 slide and effectively ending his chances at pole.

The Andretti driver hit back with a strong final sector, but Vandoorne’s lap proved too much to overcome and left Dennis having to be content with second on the grid.

Mercedes navigated the group stage with both cars and guaranteed themselves a shot at the final as Vandoorne and de Vries were drawn against each other in the semi-final.

Vandoorne won that bout, de Vries explaining that he “almost shunted four times” as he had to contend with a drop in grip – falling to the Belgian by 0.4s.

Dennis had dispatched Andre Lotterer to book his place in the final, being told that he “wiped the floor with him” with a gap of over six tenths – as the German was held back by going slightly off-line and onto the dust. 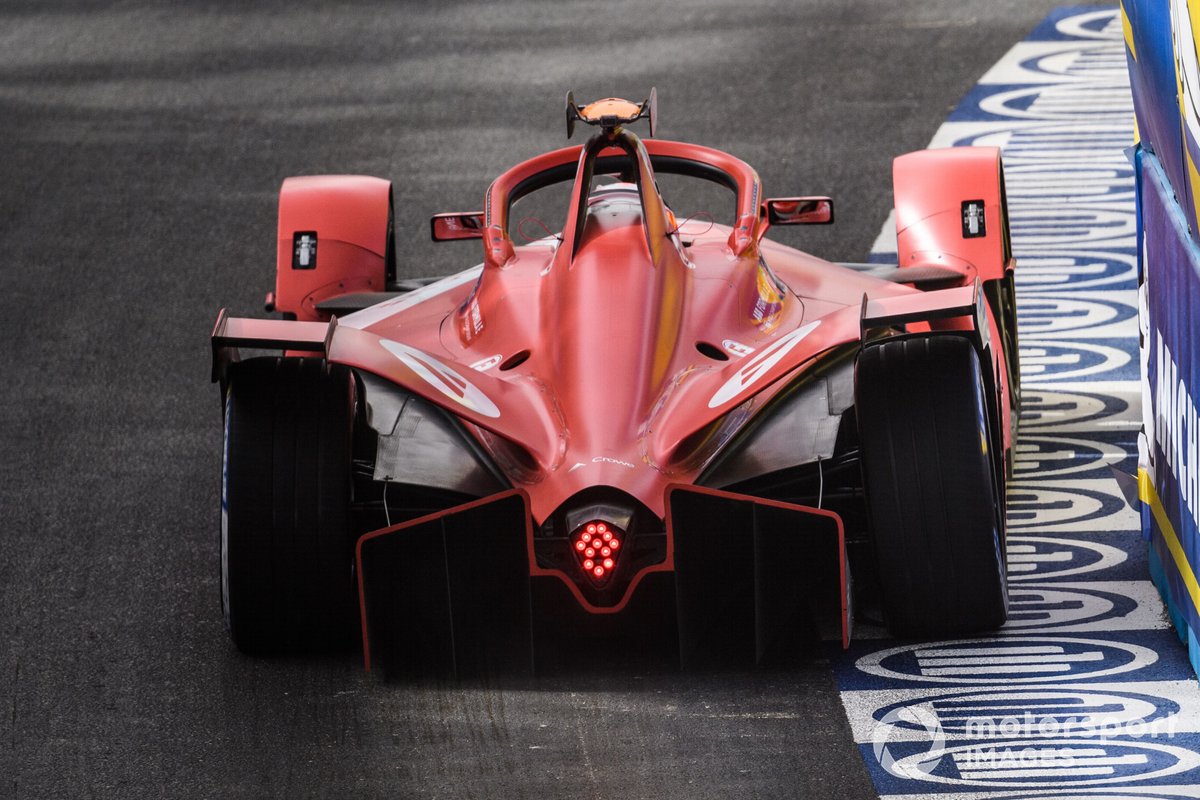 Lotterer kicked off his quarter final in a lairy fashion but kept the momentum and was able to put together a 1m09.018s lap.
Although Frijns kept it neck-and-neck, a comparatively poor end to the lap gave Lotterer the advantage to claim victory in the duel.

Sam Bird was then knocked out by Dennis, whose benchmark proved unbeatable for the Jaguar driver despite setting the better first sector, while Vandoorne held on from Nick Cassidy to cement his own place as the Kiwi’s final corner proved to be his undoing.

De Vries secured victory in the fourth quarter-final at a canter, after Oliver Rowland ended his hopes early with a first-turn lock-up.

Bird’s time in the quarter finals proved good enough for fifth ahead of Cassidy, who outpaced Frijns while Rowland’s lock-up left the Mahindra driver eighth.

However, Rowland has been hit with a three-place grid penalty for impeding another driver in the pitlane, and will now start 11th.

Vandoorne’s pole thus elevates Group A into the odd-numbered qualifying slots, giving Lucas di Grassi – fifth fastest in that group - ninth on the grid, ahead of Maximilian Guenther who completes the top 10.

Edoardo Mortara’s efforts to climb out of Group B ended immediately after he’d set a time good enough for fourth, going straight into the wall at Turn 1 with a suspected brake-by-wire issue.

Mortara’s dose of bad luck was compounded by Andre Lotterer managing to displace the Venturi driver from the top four, with a subsequent yellow flag effectively locking out the top four despite a late effort from Guenther.

Both DS Techeetah drivers endured a miserable start to life with the new qualifying system, dropping out in the group stages. Jean-Eric Vergne lines up for the race in 13th, while Antonio Felix da Costa will start from 16th.

Sebastien Buemi’s decision to back off on a quick penultimate lap caused him grief, and his final lap was not good enough to lift the 2015-16 champion off the bottom of Group A, sustaining a lock-up at Turn 18.

However, Antonio Giovinazzi’s position in Group B lifts Buemi off the bottom of the grid, with the Dragon rookie destined to line up last.