Oliver Rowland completed a clean sweep of Formula E practice sessions for the Diriyah E-Prix, the Mahindra driver heading Friday's FP2 ahead of the opening qualifying of the season.

Having already led the way in the opening session on Thursday night, Rowland picked up from where he left off and set a 1m08.957s late on in the session, which withstood the flurry of laps towards its climax.

Envision's Robin Frijns made a bid for the fastest time towards the end of the session, but a lock-up and traffic ahead put a dampener on his lap after posting the fastest opening sector.

High track evolution towards the end of the session brought the laptimes below the 70-second range for the first time this weekend, as the dust that had pervaded the circuit continued to be cleared by running on track.

Mitch Evans was the first to beat Rowland's timesheet-topper from FP1, posting a 1m10.479s and then taking two-hundredths of a second out of his own time - both enough to see off a full-power effort from Jean-Eric Vergne.

Vergne's DS Techeetah team-mate Antonio Felix da Costa then beat Evans and was momentarily quickest before Pascal Wehrlein was the first to dive below the 1m10s to log a 1m09.973s.

Shaking off his FP1 incident, Nyck de Vries made up for lost time and beat Wehrlein's lap to sit atop the order, but his Mercedes stablemate Stoffel Vandoorne began the final 10 minutes as the fastest driver - going nearly two-tenths faster than de Vries.

PLUS: Why Vandoorne is poised to deliver Mercedes a perfect Formula E sign-off

Venturi's Edoardo Mortara, also propelled by the Mercedes powertrain, was able to wrest control of the session from Vandoorne - but was immediately beaten by Dragon Penske's Sergio Sette Camara.

Nick Cassidy was next to pick up the baton, bringing the times closer to the 1m09s mark, before handing off to Sam Bird - before Jake Dennis set a pleasing 1m09.000s. 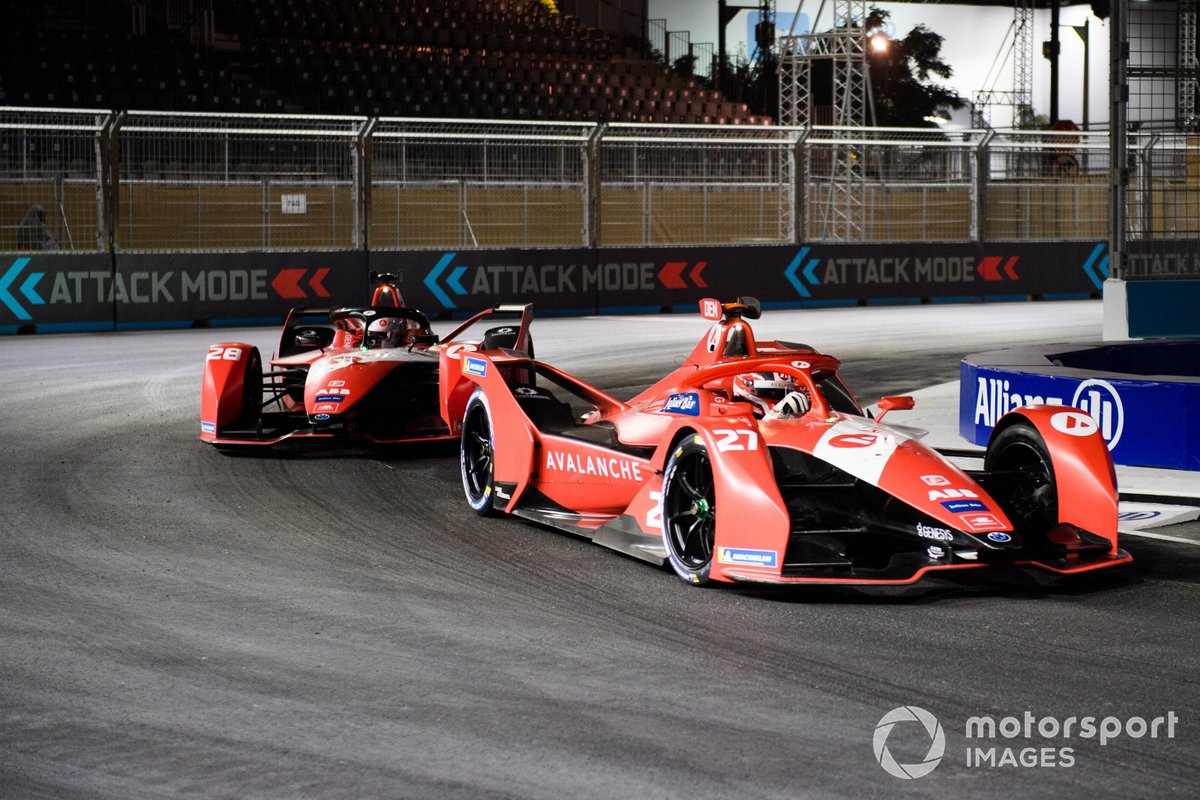 Dennis briefly topped the times before being usurped by Rowland

Although Dennis had hoped to remain atop the standings, Rowland threw in his fastest effort with about a minute to spare - with Bird also getting into the 1m08s bracket by the close of the session.

Dennis remained third ahead of da Costa, while Frijns' lock-up kept him in fifth place, over a tenth ahead of Wehrlein.

Formula E's all-new qualifying system follows, which will use a knockout format to set the grid for the opening Diriyah E-Prix race.