Mortara has a clashing commitment with Mercedes in the DTM championship at the Lausitzring track that weekend.

Dillmann raced for the Monaco-based Venturi squad in the final seven races of the 2016/17 season and scored a best finish of seventh in the second New York E-Prix during that sequence.

He has also undertaken development running on Venturi's season five Gen2 machine during the two recent closed group manufacturer tests at the Monteblanco and Calafat circuits.

Mortara finished today's FE race in Paris in 13th place after running longer than any other driver in his first car after starting from 19th on the grid.

He rose as high as 11th before falling back after clashing with Jose Maria Lopez late-on.

It is not yet known if Mortara will take part in the FE season finale in New York in July, as that race clashes with the DTM race at Zandvoort.

Mercedes DTM boss Ulrich Fritz has previously said that if Mortara is "in a promising position in the DTM, he will not drive in New York. That is clear, because the DTM has priority." 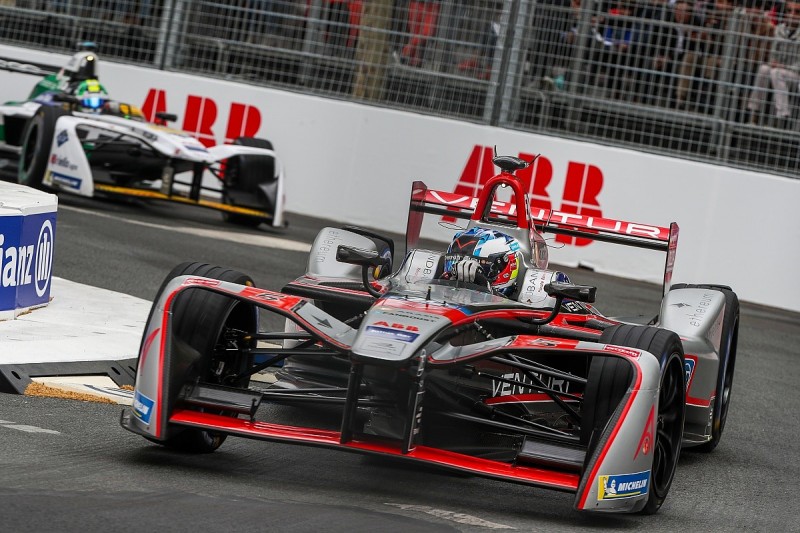 "It's the same as Hong Kong [race two] and actually there I finished just behind P3 but that result was taken away after the race," Engel told Autosport after the race.

"So in the books [Paris] is the best result so it's good to get some good points."

Engel ran fourth for much of the first stint in Paris and followed the same strategy as eventual winner Jean-Eric Vergne.

He was pushed down to fifth by Lucas di Grassi running longer in the first stint and jumping ahead after the car swaps, but moved back into fourth as a result of the last lap accident involving Andre Lotterer and Sam Bird.

Engel lamented losing touch with Vergne, Bird and Lotterer during the early running following the full course yellow caused by a coming together between Nico Prost and Tom Blomqvist - and second later with Mitch Evans - on the first lap.

"At that point you have to be at 50km/h and looks like I was the only one to countdown to those five seconds.

"The others counted in a different manner because I lost a good three seconds to the cars ahead and the cars behind closed up.

"It's an issue which has been discussed in drivers' briefing but obviously it looks like I lost out quite a lot there and then the leaders were pretty much gone."