Jake Dennis "surprised himself" with his dominant Mexico City E-Prix victory, feeling that his win in the Formula E season opener was unexpected after being disappointed by Valencia's pre-season test.

The Warwickshire-born driver secured a crushing victory in the first race with the Gen3 machinery, as the Porsche-powered cars showed great pace at the Autodromo Hermanos Rodriguez, with eight seconds in hand over Pascal Wehrlein at the line.

Having secured second on the grid, Dennis was able to pass polesitter Lucas di Grassi after the Brazilian suffered a small mistake into the first corner on lap 12, and could start to build up a lead over the Mahindra driver.

Although Dennis' lead of 3.6s was wiped out by a mid-race safety car, he was able to restore his advantage and extend it further despite Wehrlein's later pass on di Grassi.

Having felt that Avalanche Andretti had been "one of the slowest" in Valencia testing, Dennis was pleasantly surprised by the turnaround in fortunes despite only a few changes over the break.

"They don't come much better than that; I think it's my biggest Formula E win, my first one in Mexico and the first in the Gen3 car. So I'm super happy, but I didn't expect it at all," Dennis told Autosport.

"I'm a lot more confident than I was coming into this weekend; we were one of the slowest in Valencia, and to turn it around [even though] we haven't changed much to be honest.

"We've changed a couple other things, but it just seems to really suit us and hopefully we can take it into Saudi. It's not long until then, so the development won't be much over these next four races.

"But then it will be really interesting to see who can develop the most." 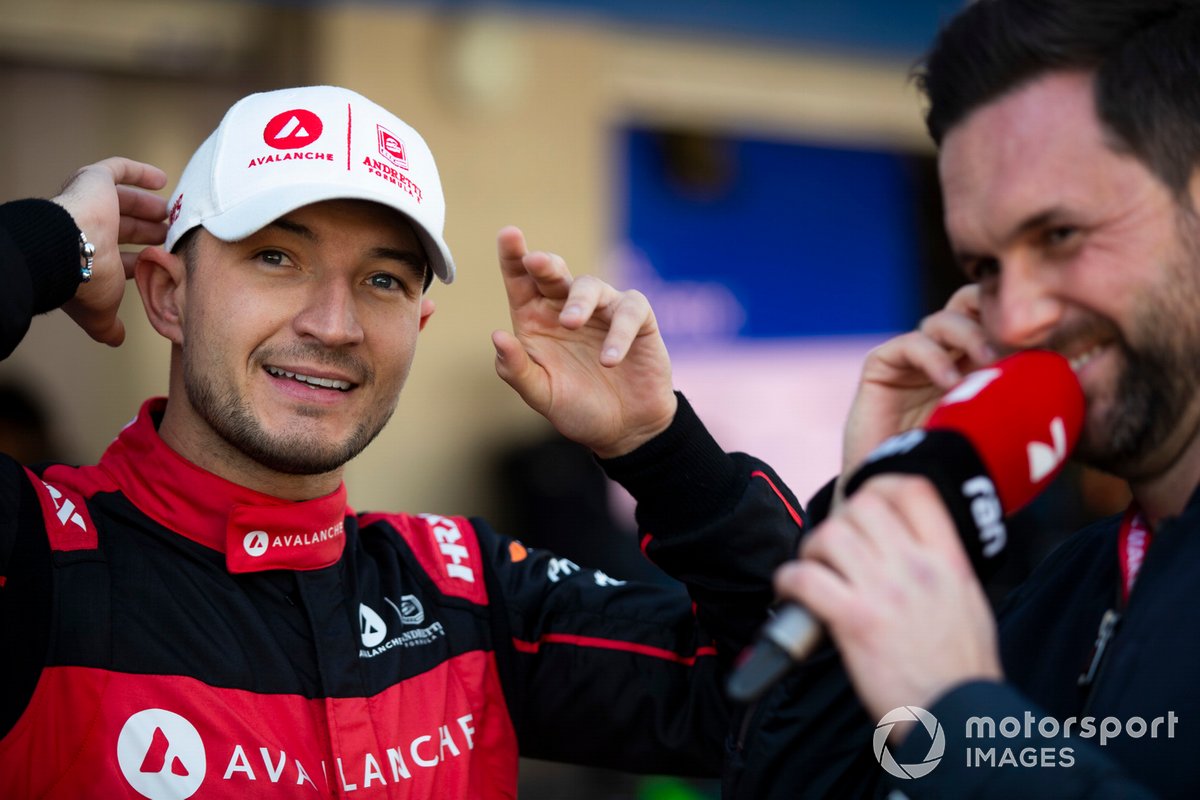 Having impressed during qualifying, Dennis missed out on pole after an error at the start of his lap in the final after a pair of front lock-ups through Turn 3 and Turn 5, compounded by him having to take part in the semi-final and final with a broken front wing.

The FIA did not permit a change after Dennis hit the wing on a bollard in the Foro Sol section of the track during his quarter-final bout with Pascal Wehrlein, which the Briton said "didn't look good" - and suggested he would have smashed it off on his in-lap if he had known the 'cut-off' point to change damaged bodywork beforehand.

"I just think it doesn't look great having half a front wing doing the final against a car, which is obviously fully in shape," Dennis explained.

"So I do think it needs to be revised, because I don't know what's the cutoff point where it's now feasible to change it.

"If that was the case, I would've just smashed it off on the in lap and then got a new one for the final run. I just think the rule needs to be revised a little bit if you have damage to that extent."

Frijns doubtful for Diriyah FE after breaking wrist in Mexico