Birmingham in 'advanced' talks with Formula E to 'revive' Superprix

The potential race would form part of FE's 2018/19 season, the first campaign that will feature the series' new Gen2 cars.

Street pledged to host a street race in Birmingham as part of his May 2017 election manifesto.

Any event would need to follow the April '17 amendment to the Road Traffic Act, which allows motorsport events in England to incorporate the use of closed roads.

The Birmingham Superprix was a Formula 3000 and British Touring Car Championship round that took place between 1986 and '90 using roads around the south of the city centre.

"Over the last year, we have been in negotiations with the organisers of the FIA Formula E Championship about bringing a road race to Birmingham, effectively reviving the Superprix," said Street.

"We are now in the advanced stages of these negotiations, [and] we are eager for two main reasons.

"First, it means we can showcase to the world the changing face of Birmingham city centre which has seen unprecedented investment in recent years.

"Like many Brummies, I remember the original Superprix fondly.

"Photos and footage from those events have become almost part of folklore and remind us of how those events thrust the city firmly into the spotlight.

"Secondly, and perhaps more importantly, it showcases our region's position as a world leader in next generation automotive technologies.

"So much of the engineering that goes into the cars already used in Formula E racing comes from the West Midlands, it makes perfect sense we should be hosting such events.

"If we are successful in concluding the deal, this Formula E race will take place next summer on a route similar to the one used in the original Superprix.

"Of course, there is still work to do. Birmingham City Council have been supportive in our discussions and we are working towards a deal based on commercial sponsorship."

FE evaluated adding a race in Birmingham to the end of the current season's calendar in place of the cancelled double-header in Montreal, but the championship was eventually capped at 10 cities hosting 12 races, with Hong Kong and New York as the only two-race events. 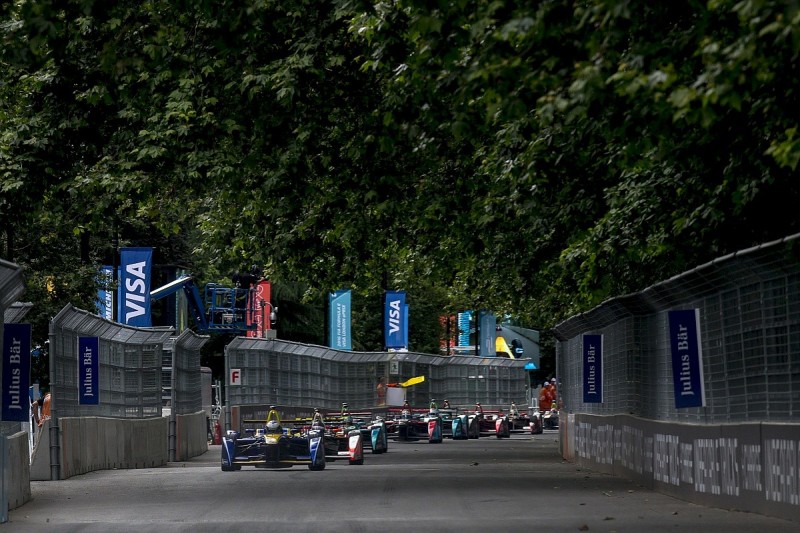 Britain has not hosted an FE event since the second London E-Prix took place in July 2016.

The Battersea Park-enclosed track (pictured above) was set to host races as part of a five-year deal, but this arrangement was ended early after opposition from local residents.

An FE spokesperson underlined the series' desire to return to the UK and acknowledged that Birmingham was a contender.

"The UK has a strong racing heritage and is an important market for Formula E - so it's a priority to bring a race back to British soil.

"Formula E is based in the UK, as are a number of drivers, teams and manufacturers.

"With the impending ban of petrol and diesel cars in 2040, the movement towards electric is unstoppable and Formula E is helping to speed-up that process.

"Regarding an E-Prix in the UK - we want to find the right venue for the long-term.

"We're currently evaluating a number of options and Birmingham is one of them."