Lotterer overturned Edoardo Mortara's hold of the session with a lap set after the chequered flag had flown on the second free practice session, putting his Porsche on top prior to his and the team's home event.

The Mercedes duo of Stoffel Vandoorne and Nyck de Vries set the first timed laps of the second practice session, but the times quickly tumbled into the pace from the earlier session - Alexander Sims (Mahindra) first to break into the 1m06s in FP2, swiftly followed into that bracket by DS Techeetah's Antonio Felix da Costa.

Mortara was next to vault to the top, posting a 1m06.274s to go just 0.004s slower than Mahindra driver Oliver Rowland's morning benchmark, as Sergio Sette Camara (Dragon Penske) was just shy of the Venturi driver's time.

Robin Frijns then took the advantage, the Envision driver posting a 1m06.104s to put almost two tenths over Mortara.

The Dutchman's effort then withstood a fast opening sector from Rowland, as the Briton was a tenth away from reclaiming his morning position atop the leaderboard.

As Rowland went second, Pascal Wehrlein was next to lead the session for Porsche, deposing Frijns as the session timer ticked towards the halfway point with a 1m06.073s.

But Mortara hit back, coolly slotting his car on top once more with the first lap below 1m06s, a 1m05.993s. Then followed Sebastien Buemi (Nissan), who posted a 1m06.047s to get within touching distance of the fastest time.

Lotterer finally eclipsed Mortara's time by 0.026s, rocketing to the top of the charts and leaving Mortara to be content with second. 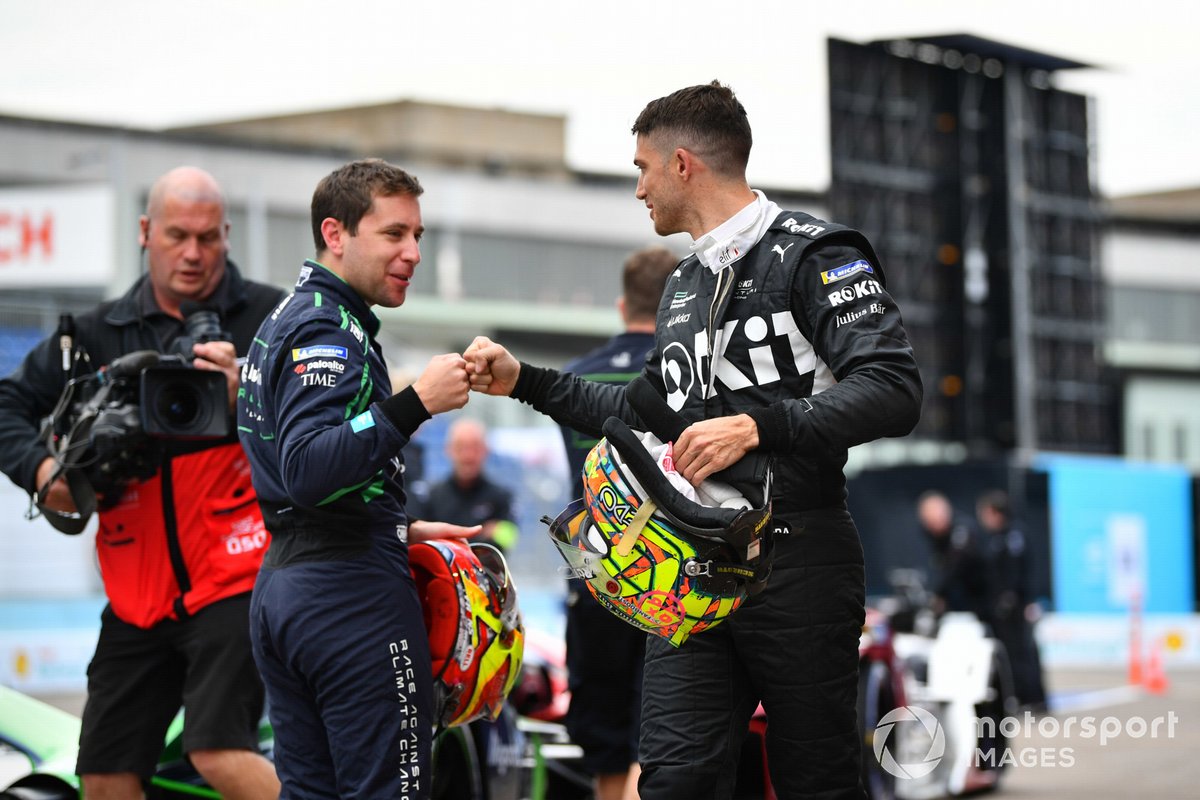 Buemi was fourth ahead of Wehrlein, who made it two Porsches in the top four, as Frijns and Mitch Evans (Jaguar) completed the top six.

Monaco winner Vandoorne was third fastest from Mortara, while Dennis and Wehrlein completed a top six separated by under a tenth of a second.