McLaren will join Formula E for the 2022-23 season, taking over the Mercedes team following the German manufacturer's departure from the championship at the end of the season.

This expands the British team's reach in electric motorsport, following its decision to join the Extreme E series for this year. It had already signed an option deal to enter Formula E for the championship's ninth season, which it has completed on by purchasing the Mercedes squad.

Current Mercedes team principal Ian James will remain on board to lead the Formula E team, as the deal for Mercedes to relinquish control of the squad will be completed later in the year.

"Today's announcement confirms the next exciting chapter in the development of the team," said James.

"Since our inception in 2019, performance, sustainability and adaptability have been the keys to our success. Mercedes-Benz have been the main enablers for this team so far and when we started this journey, we could only have hoped for the results we’ve achieved to date.

"The company’s clear objectives and technological expertise accelerated our ambitions, and I would like to thank them for being the most supportive owner by helping us to do what we do best: racing. Now, once again, they have been instrumental in securing the right partner to continue our Formula E journey.

“Becoming part of the McLaren Racing family is a privilege: McLaren has always been synonymous with success and high-performance.

"This is a great moment for all parties involved but, above all, for the people that make up this team. They are what keeps its heart beating. Being able to continue working with them is what I am most excited about. 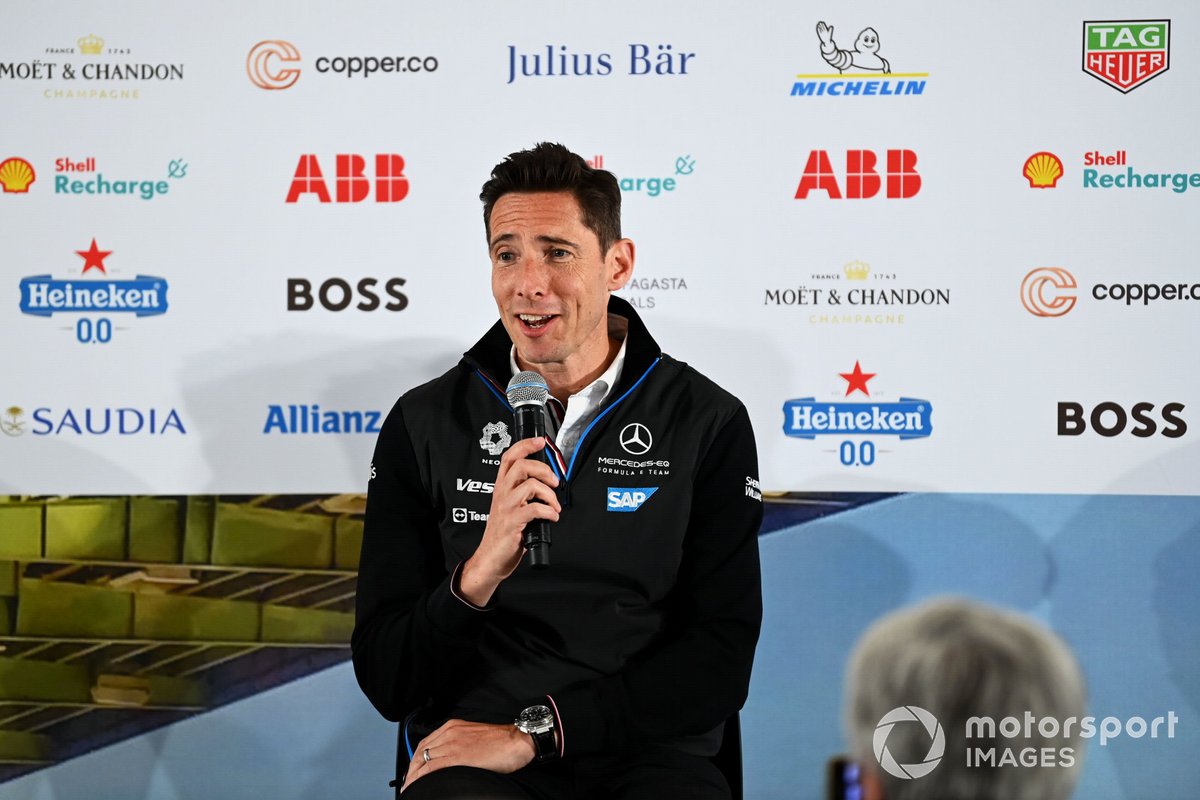 “I'm very much looking forward for this next chapter for the team and will be a proud member of it in Season 9. Until then, we will be focused on delivering the best results possible as the Mercedes-EQ Formula E Team, for the remainder of the current season.”

McLaren stated that its driving line-up and powertrain supplier would be announced at a later date, along with any sponsorship deals to help fund the team.

"McLaren Racing always seeks to compete against the best and on the leading edge of technology, providing our fans, partners and people with new ways to be excited, entertained and inspired. Formula E, like all our racing series, fulfils all those criteria," said Brown.

“As with all forms of the sport we participate in, Formula E has racing at the centre but will be strategically, commercially and technically additive to McLaren Racing overall.

"It is also satisfying to provide a home for the class-leading Formula E team that Mercedes has built, which will become a fully-fledged part of the McLaren Racing family. While run separately to our F1 and IndyCar teams, Formula E complements and builds out our EV racing programme alongside Extreme E.

“I firmly believe that Formula E will give McLaren Racing a competitive advantage through greater understanding of EV racing, while providing a point of difference to our fans, partners and people, and continuing to drive us along our sustainability pathway.”