Di Grassi, who retired from Saturday's race with a slow puncture after contact with Oliver Rowland, swept to the top with a 1m06.133s lap, logging the best first and third sectors of the morning as fine margins split the field - the top 21 all within 0.8s of di Grassi's time.

He was followed into second by Mortara, who had headed a tightly contested FP1, as the Swiss driver continued his excellent Berlin form and eclipsed Rowland - who had led the opening proceedings of the session.

Rowland was first to set a representative laptime, opening with a 250kW power lap straight out of the gate - before being beaten by Mahindra team-mate Alexander Sims in the initial flurry of laps - who set a 1m06.564s. 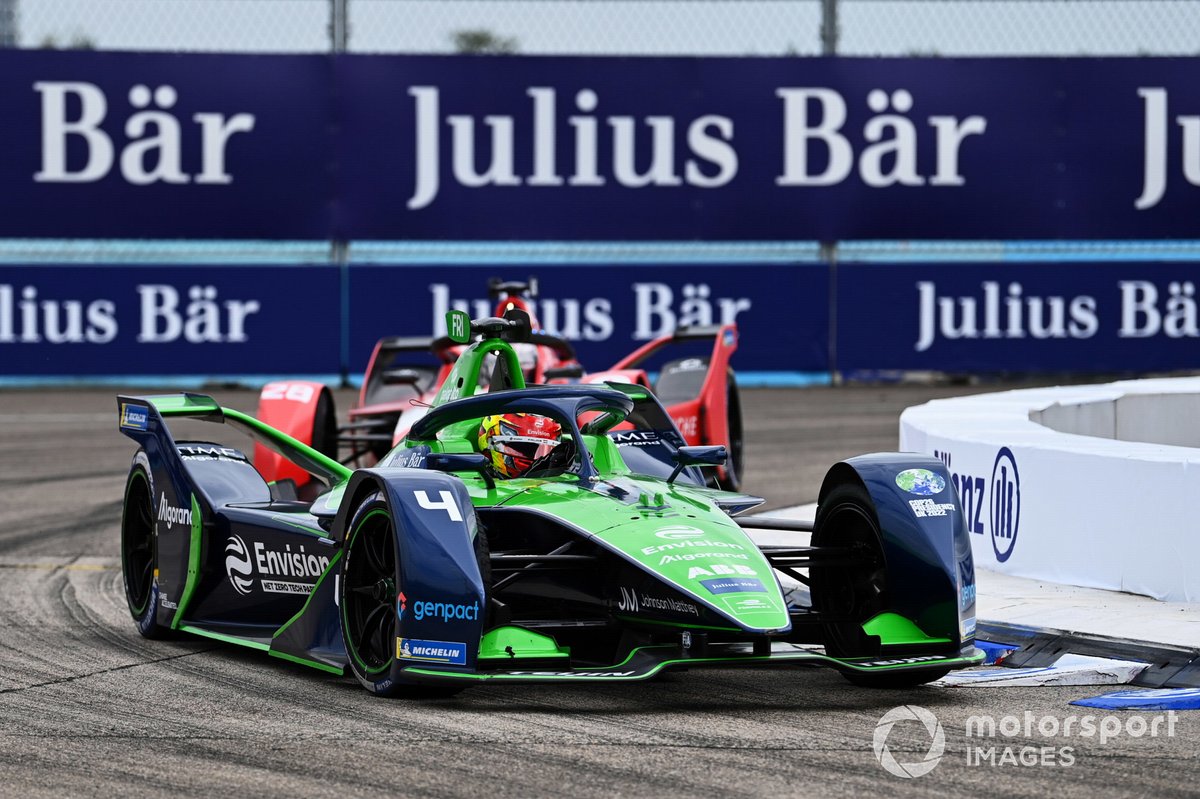 After that Robin Frijns hustled his Envision car to the top of the times, going just under a tenth faster, as the Dutchman showed signs of a rebound after struggling in the first race with the unique Tempelhof track surface.

Following that was Rowland's return to the zenith of the timesheets, who chipped 0.09s out of Frijns, as Stoffel Vandoorne then wedged himself between the two to get among the frontrunners.

But the Venturis then suffused the upper echelons of the timing board, with di Grassi the first to surpass Mortara's FP1 time - which Mortara himself then beat albeit falling just short of taking the bragging rights away from his Brazilian stablemate.

Rowland kept third from Vandoorne, as Pascal Wehrlein made his way up to fifth place to ensure Porsche had representation among  the top five.

Jake Dennis overcame a distinctly wide moment at Turn 1, dropping deep into the corner at which his title hopes ended last year, to climb up to sixth place - 0.009s off Wehrlein.

Having set the fastest middle sector, Jean-Eric Vergne was seventh fastest, 0.005s ahead of Frijns at the close of the session while Oliver Turvey fired his NIO 333 machinery up into ninth.

Antonio Felix da Costa completed the top 10, a hundredth of a second clear of Sergio Sette Camara who had impressed in making the duels for the first race.

In FP1, Mortara picked up from where he left off on Saturday, opening Sunday morning with a 1m06.373s lap to top the times as the top 17 were all within one second of each other. The full 22-car grid was all within 1.444s of Mortara's headline time.

Andre Lotterer had been second, just over 0.05s away from the Venturi driver, as Dennis beat Wehrlein to third.