The FIA World Motor Sport Council announced on Wednesday that Formula 1 tyre supplier Pirelli will for the first time provide control rubber for the race, which takes place on November 17-20.

The FIA has taken a much greater involvement in Macau organisation this year, with former race co-ordinator Barry Bland resigning from his involvement earlier this month.

Autosport understands that Pirelli, Yokohama - which also supplies the Japanese F3 Championship - and European F3 tyre supplier Hankook were all in contention for the deal, but that it eventually came way to a two-way choice between Pirelli and Yokohama.

It not yet known whether Pirelli - which also supplies tyres for the GP2 and GP3 series as well as some Formula 4 championships - has tested its product on an FIA-spec F3 car in the modern era, although its products are used in the Italian Formula 2 Trophy, which consists of F3 machinery up to and including the current-generation machines.

The FIA has modified its 'experience' rule, introduced for 2016 to the F3 European Championship, banning any driver from contesting more than three seasons in the series.

This scuppered negotiations by teams to run Antonio Giovinazzi and Tatiana Calderon - both of whom had contested three seasons - in the 2016 championship.

A maximum of four seasons is now stipulated, while other changes include a relaxing of engine-change grid penalties to one race and a ban on windtunnel testing.

A €500,000 prize fund to be split between the overall driver, rookie driver and team championships has also been set in stone. 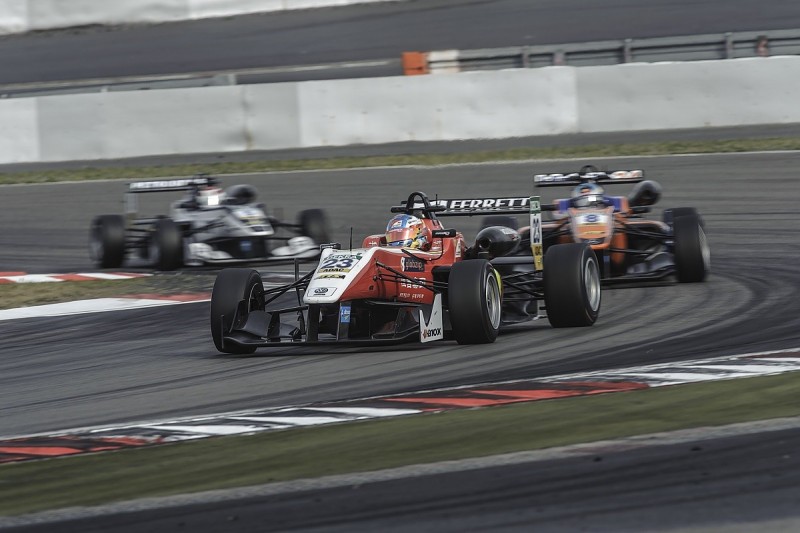 Although the introduction of data sharing among teams has not made it onto the WMSC statement, more information has come to light in promotional material sent out earlier in the day by the F3 European Championship.

Under the headline '2017 data sharing', the brochure reads: 'Throttle, brake and speed data of the two fastest teams after qualifying session one will be shared among all competitors (subject to confirmation by WMSC).'

Although it is common practice for teams to receive similar data from the fastest car sharing the same engine manufacturer, some squads believe this is a step too far.

"From our point of view we would never agree to it," one leading team boss told Autosport.

"How can you give a Mercedes team Volkswagen data and vice versa? I don't think they will find a way to do it.

"It's OK in Formula 4, where we all use the same engine manufacturer, but this will be very difficult to put into place in F3."

It is understood that the principle is up for discussion in the next Sporting Working Group meeting of the FIA Single Seater Commission.