Motor Race Consultants' Barry Bland, who had coordinated the race since it became a Formula 3 event in 1983, shocked teams by standing down from the role two weeks ago.

But the FIA Single Seater Commission's Frederic Bertrand has told Autosport that the November classic, which has also been granted the title of FIA F3 World Cup, will be run along the same lines as before.

"Macau is for us a key event for F3," said Bertrand.

"Since a few years ago we have made the relationship closer with Macau to better understand how they work.

"We respect the philosophy and DNA of the event, and last year we discussed to see how we can make a global event with the GT World Cup [which had its inaugural running in Macau in 2015] and an F3 World Cup.

"The idea is to keep consistency and continuity, but at the same moment they had a lot of changes with the organisation on the [Macau] government side."

Bertrand added that a place on the entry list, which will be announced in Macau on October 6, will as usual be open first to those who have competed in FIA-spec F3 this year (either the F3 European Championship or Japanese F3 Championship), but that there are no added barriers to those coming from more senior or junior categories.

He also provided detail of the proposed multi-round World Cup that is being discussed for 2017 and would include Macau. 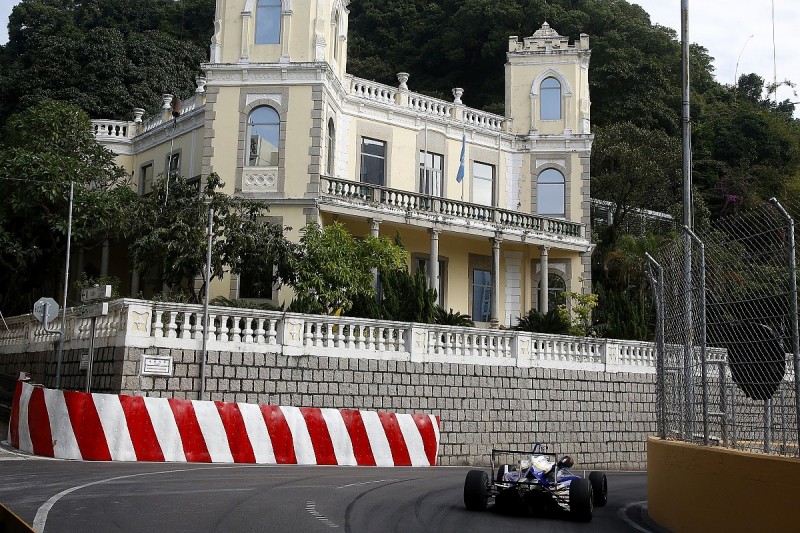 This would be in conjunction with a cut in the number of European F3 rounds from the current 10.

"We are looking at a way to make European F3 a little bit more affordable and for sure the number of events is part of the equation," said Bertrand.

"On the other hand the strength of the championship is its mileage - we give 30 to 40% more than any other series and this is key to the drivers' training.

"It could be eight European rounds and three World Cup, nine plus two or 10 plus one [as it is this year]."

A multi-event World Cup including Macau could make participation difficult for Japanese teams.

TOM'S boss Susumu Koumi, whose squad has won more Macau F3 GPs than any other, told Autosport: "I think it would be quite difficult for Japanese teams and drivers to participate [at Macau] if the World Cup only accepts full-events participation.

"I know from when the Korean Super Prix [which ran from 1999-2003] was introduced, many teams and drivers only wanted to participate in the Macau GP."

But Bertrand said: "We want a better understanding with Japan to make sure they have enough cars in Macau.

"The Japanese are very important for Macau - we will always find a way to integrate them in the system."