Will Palmer has signed with MP Motorsport for the 2018 GP3 season, after testing with the team last month

Palmer finished as runner-up in the 2017 Formula Renault Eurocup with R-ace GP, and tested with Arden's GP3 car in the post-season running last year.

He was a late addition to the MP Motorsport stable for the final pre-season test at Barcelona and has now completed a deal with the squad, after impressing team boss Sander Dorsman.

Palmer put the choice to compete in GP3 - over European Formula 3 - down to getting experience of being on the Formula 1 support package and gaining valuable experience of using Pirelli tyres. He will join Dorian Boccolacci and Niko Kari at MP, which has taken DAMS's place in GP3 this season.

"MP are new to the series this year," said Palmer, who won the BRDC British Formula 4 championship in 2015 before heading to FRenault as McLaren Autosport BRDC Award winner.

"They had a strong test in the Abu Dhabi test last year and they have two strong drivers in Dorian Boccolacci and Niko Kari, who are both surely going to be right at the front this year. Having them there to learn off is big. 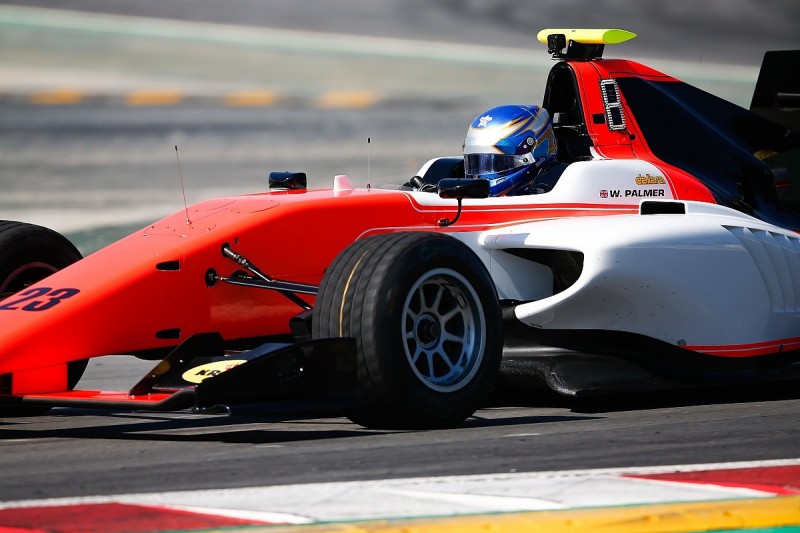 "We had the test at Barcelona and I got on really well with the team and the engineering was really strong. It's a good atmosphere and I'm looking forward to starting the season."

Palmer believes it is unlikely he will fight for the title in his first year, but is hoping to be contending for podiums by the end of 2018.

"I'd like to be in the top eight, challenging for podiums and getting strong results," he added.

"Improving is the key thing for me, having missed the first two tests I'm coming into it a little bit down on seat time, but hopefully we can catch that up quickly and we can be fighting up at the sharp end.

"For now I have to focus on GP3 and to do my job here.