The track is homologated to FIA Grade 3 standard until the end of this year, which is the last season before the current F3 is replaced by the FIA's new International F3 one-make racer.

Under FIA rules, Grade 3 circuits can accommodate cars with a power-to-weight ratio of 2-3kg per 1bhp.

With the FIA aiming for 350bhp for the new International F3, this means that the car would have to weigh a minimum of 700kg to race in Macau - that would be 40kg heavier than the 660kg minimum for Formula 1 machinery next year.

Alternatively, if Macau moved to Grade 2 status - for cars with a power-to-weight ratio of 1-2kg - then the new International F3 would fall into this bracket without needing to be considerably heavier than F1 cars.

FIA safety director Laurent Mekies, whose remit encompasses circuit homologation and who leaves the governing body in June, told Autosport: "What we want is the right safety level for the right car.

"If the car comes with a power-to-weight ratio that doesn't limit it to Grade 3, we are not going to add kilos onto it to make it still a Grade 3 - that would be silly from our side.

"The car will come with the lowest weight possible, and we will then run simulations to do what it takes to make Macau suitable to that car and to that power-to-weight ratio. 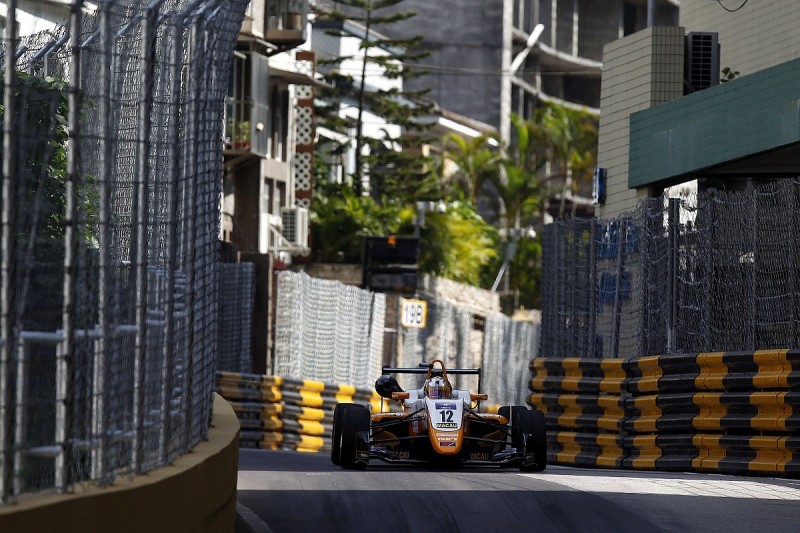 "If it means going to Grade 2, that's what we will do - we are currently doing these simulations and seeing where it takes us; it's a lot more precise and refined than just looking at the weight and the power."

Pun Weng Kun, president of the Sports Bureau of the Macau SAR Government, told Autosport: "Should changes to the circuit be required in order to accommodate a particular car, then those changes would be evaluated and their feasibility assessed.

"Until any potential changes have been identified and studied, it is too early to say whether or not it would be possible to implement them, and therefore to change the current circuit homologation."

Pun did not rule out retaining the current generation of F3 cars - which will continue to be run in the Japanese F3 Championship and could form the basis of a revival of the F3 Euro Series - in 2019.

"The organising committee will evaluate all options and take decisions which will best ensure the Macau Grand Prix retains the reputation, popularity and heritage it has earned over the last 64 years," he said.

Such a move could entail Macau moving outside its association with the FIA - which awards FIA F3 World Cup status to the Macau GP - although Autosport understands this relationship is reviewed on an annual basis.

"We have worked with the FIA on matters concerning the F3 Macau GP since the formula was introduced at Macau in 1983, and always on an annual basis," said Pun.

"As a matter of course, each year the organising committee reviews the race programme to ensure it is both prestigious and diverse.

"Given our long and positive relationship with the FIA across a broad spectrum of areas, the organising committee hopes this cooperation will continue for many years to come."