The Red Bull junior had been in the frame to replace the under pressure Brendon Hartley at Toro Rosso next year before Daniel Ricciardo opted to switch to Renault for 2019 and Pierre Gasly's subsequent promotion created a full opening at the Italian team.

But under the current superlicence points system, even if he wins the 2018 F3 title Ticktum would not have enough to graduate into F1 next year.

He is now more likely to race in Super Formula for 2019, with Red Bull motorsport advisor Helmut Marko visiting the series at Motegi earlier this year.

Ticktum's F3 points lead has shrunk to just three points after Mick Schumacher's dominant weekend at the Nurburgring last time out, but the Motopark driver says a new approach he introduced after the F1 suggestions began has been helping him.

"When I had all the F1 rumours, all I was thinking about was that I needed to win the title for the [superlicense] points," Ticktum told Autosport.

"I wouldn't say it was hurting me but there was a couple of situations that I probably would have done differently if I wasn't thinking about it.

"Very quickly with my coach we decided to focus on the championship less and more race-by-race. I think it works for me." 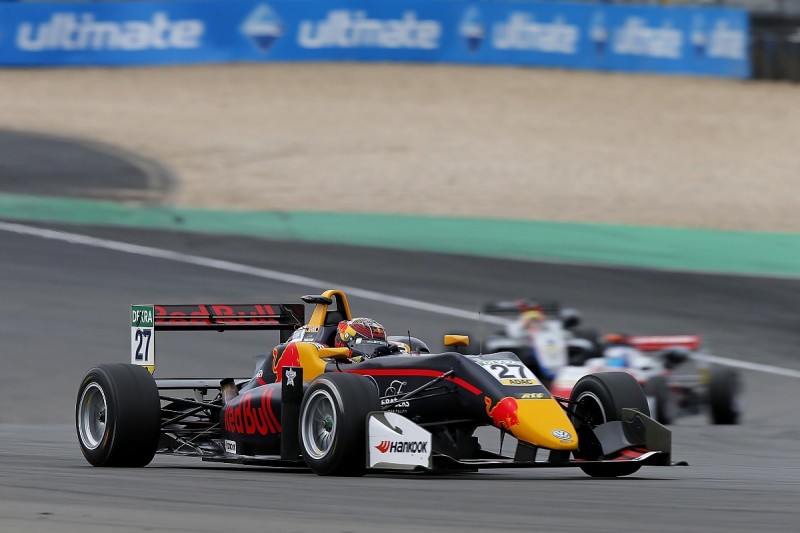 Ticktum added that the rumours were "basically" distracting, rather than having a major negative impact on him.

He then pointed to his overtake on Ralf Aron in the Nurburgring opener as proof that his new approach is working.

In that race, the Prema driver had pushed Ticktum wide at the high-speed braking point of Turn 1 before Ticktum responded by diving around the outside and going on to secure an eventual podium finish.

"If I was thinking too much about the championship, I probably wouldn't have done that move on Aron as it was a bit risky," he said.

"It was assertive, like 100% I'm doing it, but if you think about the title and have a tenth of a second of a hesitation it can cause an accident."