The Trident driver, who qualified in pole, emerged victorious from a fierce battle with Victor Martins (MP Motorsport), who took second place for his fourth podium of the year.

Martins passed the leader at one point, but was forced to give back the position amid fears he may have had all four wheels off the track.

Clement Novalak (Trident) finished in fifth, with ART’s Frederik Vesti, who is third in the drivers’ standings, in sixth.

With Logan Sargeant seventh, championship leader Dennis Hauger made up six places to finish eighth, having had a tough weekend in Belgium.

Doohan leaves the weekend with 44 points, having taken four for qualifying on pole, 15 for his sprint race win on Saturday and 25 for the feature race victory, while Martins took the two points for the fastest lap.

The 14-lap race saw two formation laps behind the safety car before a rolling start, as rainfall continued to generate spray on-track.

Hauger set off on his charge through the field on lap 2, having made up several places to challenge Crawford for 11th, although the wet track forced him to hang back.

On lap two, Matteo Nannini was forced to pit after contact with team-mate Rafael Villagomez – the former suffered a puncture, but was back into the race in P28, while the latter retired.

Hauger passed Crawford into 11th around the outside of Les Combes on lap 3, while the top two almost dipped it into the gravel, having cleared a three second gap between second placed Martins and Smolyar in third.

With 10 laps to go, David Schumacher passed Johnathan Hoggard into eighth, with Hauger taking advantage of the move to pass the Brit in Les Combes.

Martins made a dramatic move to pass Doohan into Pouhon, taking the lead, but gave the place back amid concerns he had moved all four wheels over the track limits while overtaking. 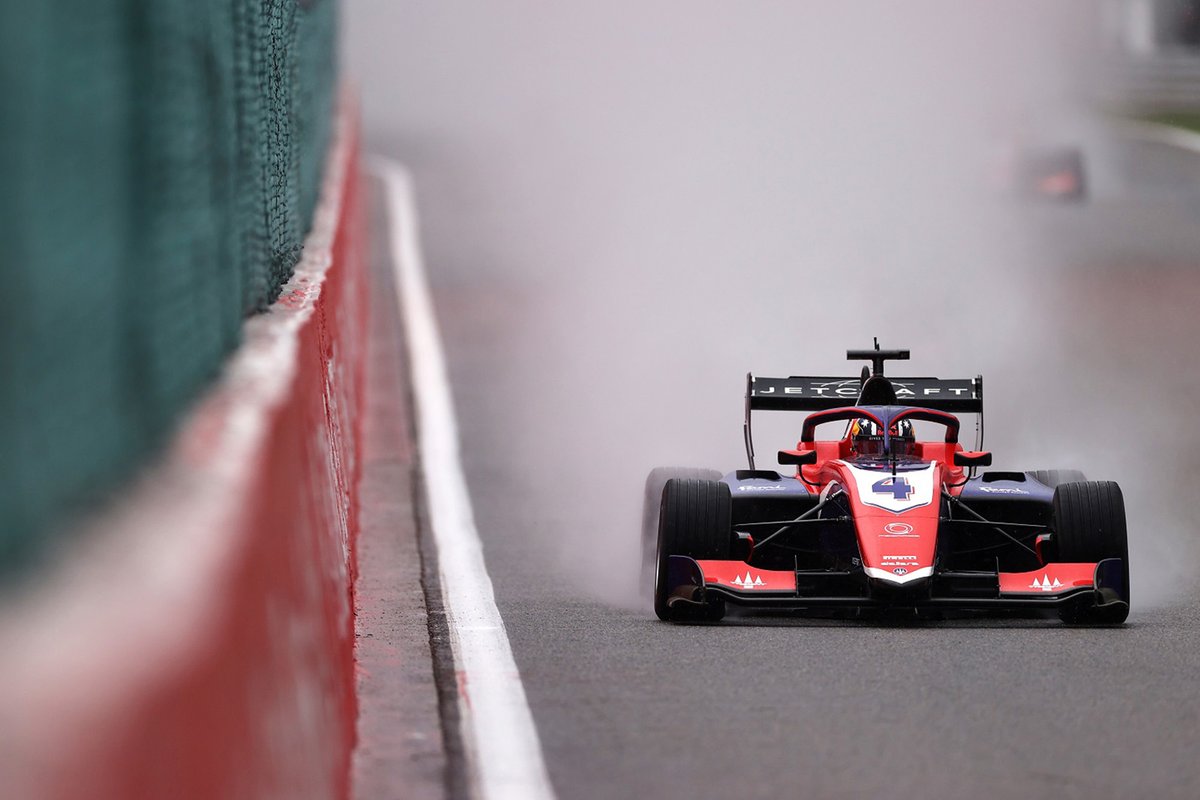 By lap 8, Hauger had moved up from P14 to P9, continuing to apply pressure to Schumacher.

Hoggard ran off the road while tussling with Arthur Leclerc for 10th, with the Prema driver having made up three places to get into the points.

At the front of the field, Doohan and Martins continued to battle for the lead, having created over six seconds behind them to Smolyar.

Hauger finally took eighth on lap 10, sweeping around the outside of Schumacher, while two laps later, Vesti passed Sargeant on the Kemmel Straight to take sixth.

Despite Martins’ best efforts, Doohan clung onto the lead, crossing the finish line to take his second victory of the weekend.