Norris and fellow British teenager Callum Ilott were in a class of their own, half a second clear of the opposition, with the Carlin Dallara-Volkswagen-mounted triple poleman finishing up 0.171 seconds clear.

Ilott got closer on second-best times, his Prema Powerteam Dallara-Mercedes 0.081s adrift of Norris on the race three grid.

Norris felt the small benefit of a tow from rapid Ferrari junior Guan Yu Zhou - who ended up third on each grid - on both of his quick laps; he was close enough to pick up some tow, but not so close that he lost time in the downforce-dependent middle sector.

"The tow wasn't amazing, but it was maybe worth a few tenths over the whole lap," he said.

"It's better to get a small tow than to get screwed in the middle sector.

"The car felt much better [than in first qualifying] - we made some improvements and the track also improved a lot, but Callum was a bit close!"

Ilott in turn didn't pick up a tow on his second-best lap, but did get one from Joey Mawson when he set his fastest time late in the session.

"The tyres had gone by then and I was hanging on in the middle sector," he said.

"If I'd got a tow when the tyres were better I could have been P1."

Zhou has been penalised three places on the grid for race one - dropping from sixth to ninth - for blocking Mawson at the end of the earlier session. 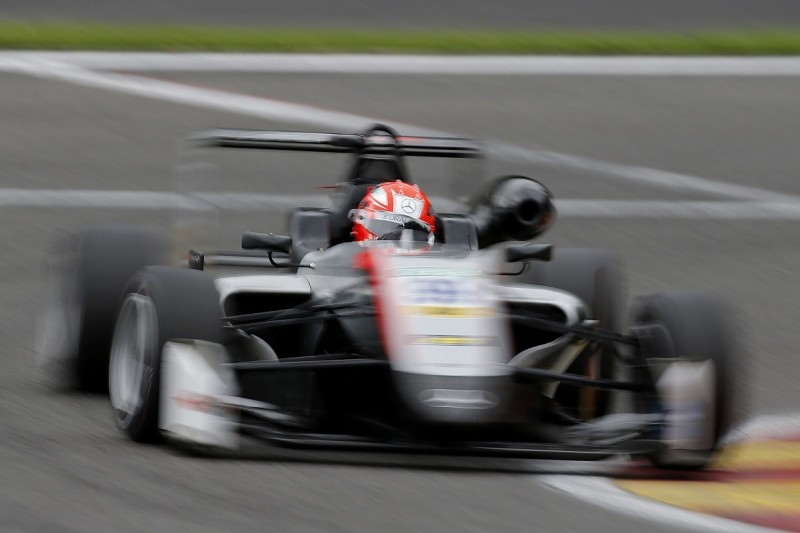 Hughes repeated that position for the finale, with Mazepin failing to get a quick second lap in.

Daruvala and Aron move up to sixth and seventh respectively for race three, with Habsburg eighth from Harrison Newey and Joel Eriksson.

It was another miserable session for Motopark's title contender Eriksson, who rued a lack of grip after the first qualifying period.

In this one he ended up 12th on the grid for race two, 10th for race three.