Prema boss Rene Rosin admitted last month that a move into GP3 was being evaluated and that a decision would be taken within the next few weeks.

He has now told Autosport that it will not go ahead.

The GP3 team would have fitted in alongside the Prema Racing Formula 2 squad, which claimed the drivers' and teams' titles at the first attempt in 2016 and is looking likely to follow that up this year, with Charles Leclerc comfortably ahead in the points.

But next season is likely to be the last for both GP3 and the rival Formula 3 European Championship - in which sister squad Prema Powerteam has run each title winner since 2012 - in their current forms, with a new FIA International F3 looking set to take the 'junior' spot on the schedule at Formula 1 events in 2019. 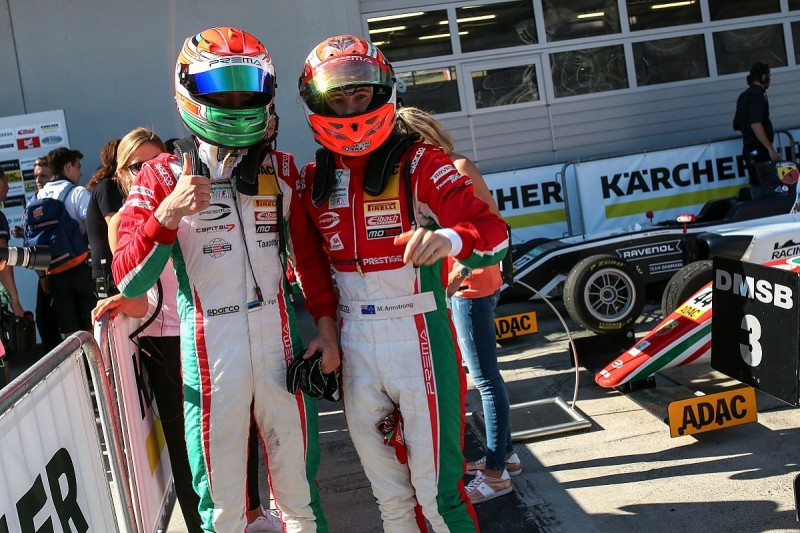 Formula 4 championship leaders Marcus Armstrong and Juri Vips (both pictured above) are both in the frame to graduate to the Formula 3 European Championship next season with Prema.

Armstrong, who leads the Italian F4 rankings, and Vips, who is in front in the German F4 points, recently tested for two days with Prema's F3 squad at Magny-Cours.

Both 17-year-olds are competing with Prema this season in F4, with Armstrong in his first full season of car racing and Vips in his second campaign.

Armstrong is also competing in the German series, where he lies second to Vips.

Armstrong, who has strong karting connections with Hitech chief Oliver Oakes, was even in the frame to graduate straight to F3 with the British squad for 2017, before his recruitment to the Ferrari Driver Academy meant a refocus towards F4.

Rosin told Autosport that the test went well, and he is keen to have at least one of the duo in his F3 squad for 2018.

"Of course, from our F4 teams it's the logical step to climb the ladder in our team," said Rosin.

"They did a very good job and quickly adapted to the cars - of course it's a big step, but I'm sure there will be more testing with them in the future.

Vips's mentor Marko Asmer, the 2007 British F3 champion, said: "Juri is leading the German F4 Championship but it hasn't been all straightforward.

"It's been really competitive this season, and he's been doing a great job to be in front.

"There are plans for next year but nothing is confirmed - for the moment the F4 championship is his priority."

Asmer also mentors Ralf Aron, who won the 2015 Italian F4 title with Prema before graduating to F3 with the squad in '16, and then switching to Hitech this season.