The stewards investigated the move, which came just after an early safety car period where McLaren-Honda protege Norris ran deep into the run-off area at Turn 4 to complete the manoeuvre.

Norris went on to win the race, while Ilott finished fourth behind Jake Hughes and Ralf Aron.

"[Ilott] didn't close the door too much, but got his nose on the inside of Turn 4.

"I just keept my foot in, and kept it on the gas to run wide.

"If they'd told me to give the place back I would've, but [the team] said there was no problem."

The incident highlighted the ambiguity of the track-limits rules, with drivers being told that they could use the runoff at Turn 4 - but Ilott claimed that using this to complete a pass was not correct.

"What Lando did was not fair," he said. "Out of the last corner at the restart my rear tyres started to go, so he got a run and we were side-by-side at Turns 1, 2 and 3.

"At Turn 4 I was on the inside and he got on the gas and went all the way to the wall on the exit.

"I thought he'd give the place back but he didn't, and because of that I came under pressure from Jake."

Norris added that the drivers were only told to make sure they rejoined the track safely when they ran wide.

"No one's been done [for track limits] there, not even in qualifying," he said.

"They said in the briefing if you do go off, rejoin safely, which I did."

A raft of penalties was issued for other incidents during the race.

Nikita Mazepin has been given a 20-second time penalty because he 'went off track and made an unsafe rejoin at Turn 7', forcing Max Defourny onto the grass.

That drops Mazepin out of 10th place and promotes Sacha Fenestraz to the final point.

Ferdinand Habsburg has been given a three-place grid penalty for the first race of the next round at the Red Bull Ring for causing a crash with Guan Yu Zhou on lap one, while Joey Mawson has an identical penalty for his late-race shunt with David Beckmann. 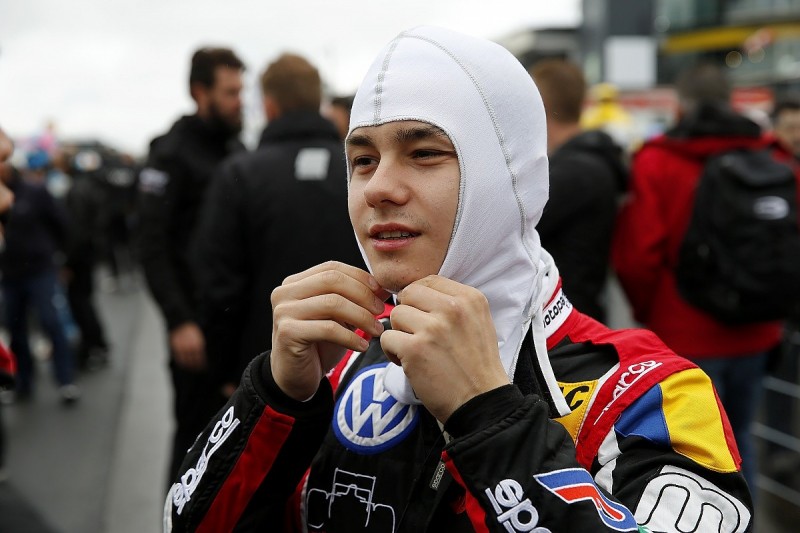 Petru Florescu and Jehan Daruvala were fined €250 and €350 respectively for both exceeding the pitlane speed limit during the race three recce laps, bringing Florescu's weekend tally to €2050 for four separate incidents.

Motopark driver Florescu is also the subject of an investigation that will be carried out at the Red Bull Ring into alleged illegal testing.