Hubert had started 19th after stopping on track in qualifying when grass collected from an off at the final turn sent his engine temperature soaring.

The Frenchman had worked his way up to eighth and was trying to pass David Beckmann at Turn 9, when Mazepin dived up his inside.

Hubert took the racing line and Mazepin had nowhere to go, clipping Hubert's right-rear and sending him into a spin.

After that Hubert could only manage 18th and Mazepin 13th, meaning Ilott jumps into the championship lead with his second straight win.

Before the race Ilott had claimed that a good start and building a one-second lead would be vital, to remain out of DRS range of the driver behind.

That plan looked to have fallen apart when he got a great start but there was a safety car for Joey Mawson who stopped on track before Turn 1.

But a brilliant restart allowed Ilott to build a 1.7s lead while those behind squabbled over position and he eventually won by a comfortable margin.

Behind, Leonardo Pulcini passed Jake Hughes just before the safety car for third, and took second from Alessio Lorandi on lap seven of 24.

After initially catching Ilott, Pulcini fell away and had to settle for second.

Lorandi, still racing with a plate in his shoulder from an injury earlier this year, maintained his third place from qualifying to secure an excellent podium. 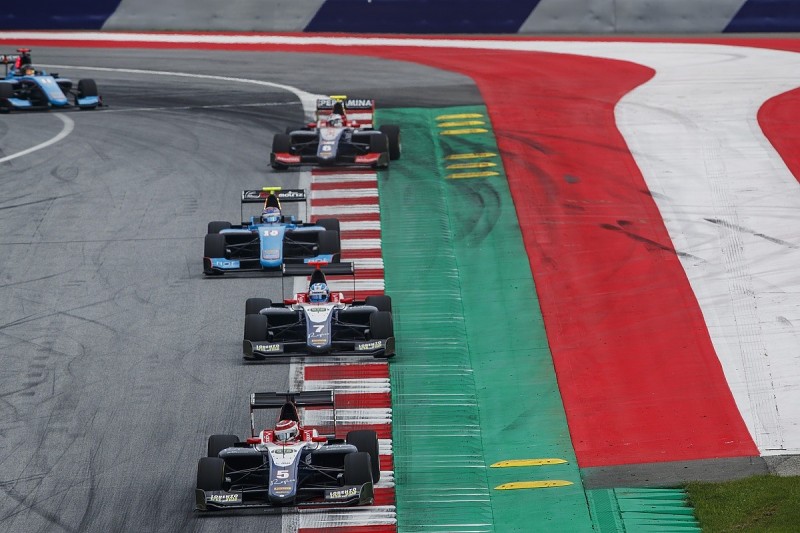 Pedro Piquet made it into the top four after an eventful race, his place assured by a move on second-place qualifier Hughes with six laps to go.

Hughes hadn't qualified in the top 10 this season before Austria and will be happy to get good points on the board, although his race pace didn't match Ilott's.

Beckmann had to fight Simo Laaksonen hard in the closing laps to secure eighth and Sunday's reversed-grid pole. After two instalments of earlier contact with his Jenzer team-mate Juan Manuel Correa, the last resulting in a puncture for Correa, Beckmann was lucky to finish.

Dorian Boccolacci rounded out the top 10 as the best MP Motorsport driver.