Next year's new F3 championship replaces the GP3 Series on the Formula 1 support bill and will feature a new car which is set to keep the GP3 Mechachrome V8 engine, but will also feature the halo, as well as a new front and rear end.

Autosport revealed entries had opened for the championship last week, with teams set to be notified on October 1 whether it has been successful.

Prema boss Rene Roisin said his squad, which competes in Formula 2 but not GP3, hopes that costs are taken into account with the new formula.

"We are the most historic team in Formula 3 at the moment, Prema started in 1983 in Formula 3," said Rosin.

"We have always supported Formula 3 since that time, in continuation of our way of thinking and on the FIA ladder, we will participate in the selection of teams.

"Then of course, it is up to the organiser to decide.

"The current car of Formula 3 is a good car, but it is also too expensive so we need to pay attention to costs.

"The market doesn't permit the huge costs that are there now in Formula 3 European championship.

"If the car is reliable and the same for everybody and it is fair, that's good." 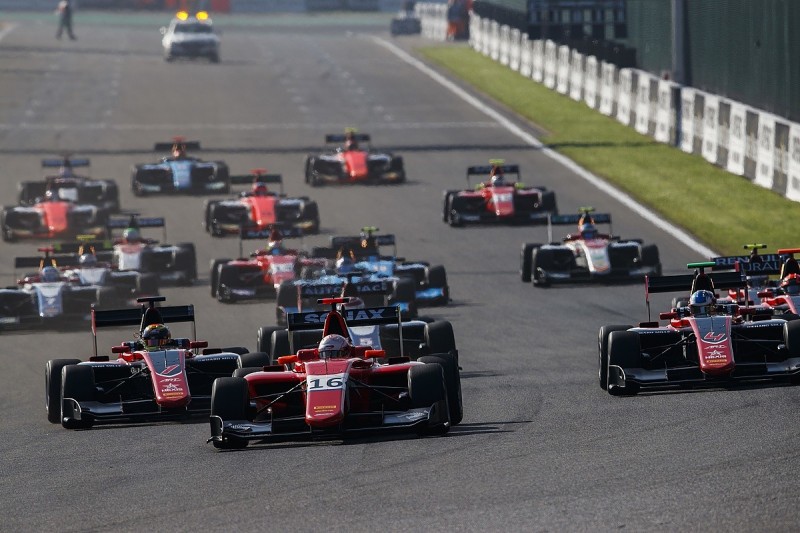 ART Grand Prix, which has won four of the last five teams' titles in GP3, has entered according to team boss Sebastien Philippe, who said: "Of course we are interested, and we will [enter].

"The way it looks like it's going it looks good. For ART it makes perfect sense."

It has been joined in the selection process by Trident Racing, second in the GP3 teams' standings.

"Trident hope to be in the championship," said Trident team boss Giacomo Ricci. "For me the level of the drivers and teams is going to rise.

"I don't want to say now it's easy, it's super difficult, but having 30 cars on the grid, it's going to make the category more challenging.

"I like the idea to limit the teams to three cars."

Autosport understands that all of the European F3 teams have entered, including frontrunners Hitech Grand Prix.

"We're all coming to the conclusion that cost caps and keeping things simple is what is going to help motorsport survive," said Hitech owner Oliver Oakes.

"Our plan is to be here next year in F3, it's in our DNA. Having a simplified ladder to F1 is the right thing and Liberty are right to do that."

If all teams from GP3 and European F3 enter, it could cause a headache for the new F3 organiser headed by Bruno Michel, as there are six teams in GP3 and five full-season outfits in European F3, and only 10 slots for teams in the new championship.