Mick Schumacher is ready to win races in the Formula 3 European Championship this season, according to his Prema Powerteam squad

The 19-year-old son of seven-time Formula 1 world champion Michael Schumacher has emerged from both pre-season tests so far in 2018 with the overall quickest time - a big step forward over his '17 form.

As an F3 rookie, Schumacher scored a solitary podium finish with third position in the second race at Monza last year, but in the past two weeks he has topped tests at the Hungaroring and Red Bull Ring.

Prema boss Rene Rosin pointed out that there were signs that Schumacher's performances were improving at the end-of-season Macau Grand Prix, where he set the fastest lap following an incident early in the race.

"For sure Mick has matured in the winter," Rosin told Autosport.

"But I want to review Macau - for a rookie he did an excellent job, and it was like a new start for him.

"He followed everything we asked him to do, and if he didn't go straight on at Lisboa [the corner at the end of the main straight] I would not be surprised to see him on the podium."

Schumacher's biggest problem in 2017 was his qualifying, and Rosin revealed that this has been a focus over the off-season. 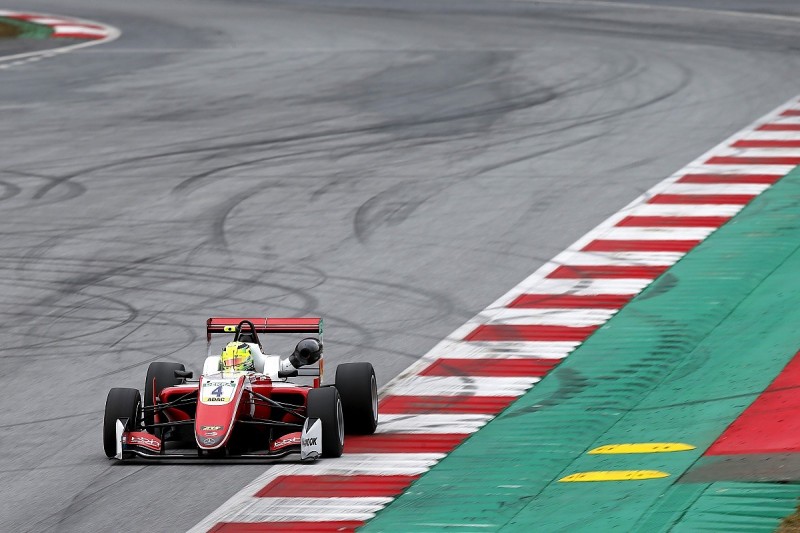 "We have worked in the winter testing with that in mind, but he has matured a lot as well and he is ready now," said Rosin.

"I think he should just keep concentrating, and be thinking race by race, session by session, without putting pressure on himself.

"He doesn't need to think about the championship - he just needs to do his own thing."

But Rosin warned that testing times do not necessarily reflect the competitive order.

Prema has a very evenly matched line-up comprising Schumacher, third-year F3 drivers Ralf Aron and Guan Yu Zhou, and rookies Marcus Armstrong and Robert Shwartzman as it bids to bounce back from defeat in 2017 at the hands of Carlin's Lando Norris.

"With all the drivers, we have been doing different tests and different stuff to understand better and to improve where we were missing last year," said Rosin.

"In all cases we have fulfilled what we were expecting to do."