The Silverstone-based squad views Asian F3, which is run under the umbrella of the FIA's new Regional F3 concept, as an ideal feeder into the new International F3, which begins in 2019 as a Formula 1 support series.

Hitech was one of 10 competing teams confirmed by Asian F3 this week and the series expects a grid of 24 cars for its opening round at Sepang in July.

The series is based on Tatuus chassis with engines supplied by Italian company Autotecnica, and will be run by Asian motorsport prime mover Top Speed.

"Back in December we made a conscious decision to slim the FIA F3 team down to focusing on running three cars," Hitech boss Oliver Oakes told Autosport.

"[This was] so that at the end of 2018 with the merger between F3 and GP3 - where teams will be restricted to running only three cars - there is a smooth transition for us with staff and the engineering department.

"Entering Asian F3 was a logical step for us as it fills a gap in the market for drivers needing to gain mileage in anticipation for a step into International F3.

"For us, it allows us to form relationships and work with drivers a year or two prior to them stepping up to International F3, as well as getting a foot into Asia.

"The series that Davide [de Gobbi, Top Speed boss] has worked to put together is a great concept based upon five race weekends with restricted testing, making it an affordable and level playing field." 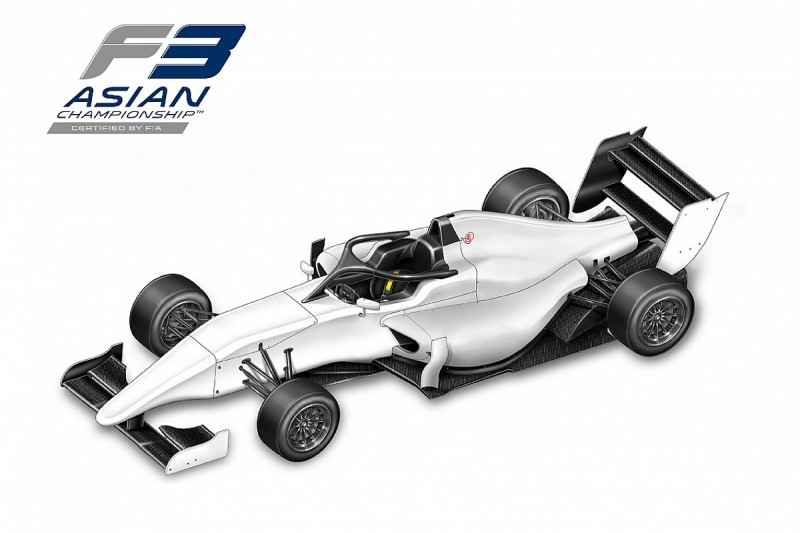 Also on the entry list is a team set up by Chase Owen, the Texan who has spent the past two seasons racing in the UK in Formula Ford 1600 and BRDC British F3.

Apart from Hitech and Chase Owen Racing, Asian F3 will feature teams from Chinese squads Absolute Racing, BlackArts Racing (which ran Macanese teenager Charles Leong to the 2017 Chinese Formula 4 title) and Zen-Motorsport, plus the Hong Kong/Filipino Eurasia Motorsport team of Briton Mark Goddard (which has run Daniel Ricciardo and Antonio Giovinazzi in the past).

"Never before has an Asian-based single-seater championship been given such a ringing endorsement by some of the sport's most respected teams," said de Gobbi.