ART Grand Prix driver Ilott started on pole for the race, but was immediately despatched by Piquet, son of three-time Formula 1 champion Nelson.

The Trident driver completed a brilliant move at Turn 2 having got a better start than Italian-domiciled Briton Ilott from third on the grid.

But Ilott retook the spot at the long Beausset right-hander later in the lap, and managed to eek out a comfortable margin that he never looked like relinquishing.

The Arden driver struggled for overall grip in Saturday's feature race, but showed the progress he has made with his team by taking third. 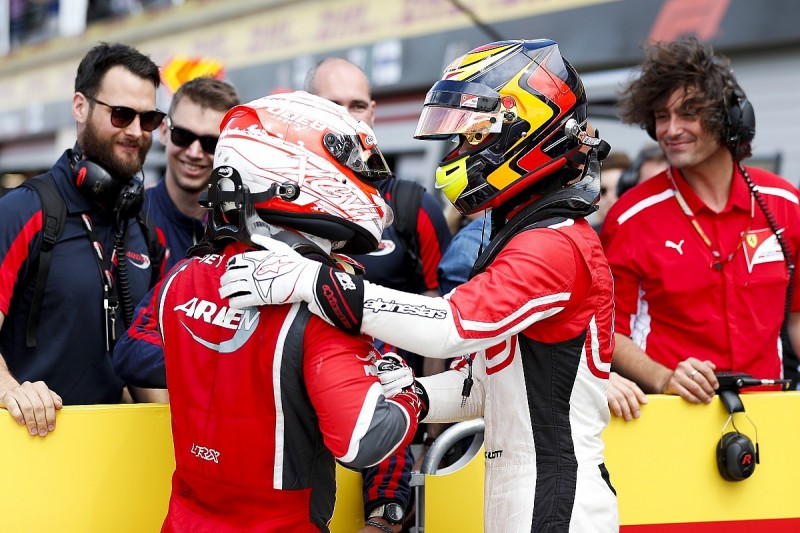 Alessio Lorandi came under late pressure from a gaggle of suitors for his fourth spot. Four cars diced for it, Lorandi leading a train of Nikita Mazepin, Giuliano Alesi and Anthoine Hubert.

They finished in that order as a close battle in the race's final third didn't yield any position changes.

Hubert, the points leader, survived being hit in the rear-right wheel by ART team-mate Jake Hughes on lap four of 20. He set the fastest lap of the race to add two points to his seventh place finish on the last lap.

Leonardo Pulcini, Ryan Tveter and David Beckmann rounded out the top 10, Beckmann having started 18th before a brilliant drive through the field.

Dorian Boccolacci could only manage 14th after starting at the back thanks to being disqualified from his race win the previous day.

Both Boccolacci and MP Motorsport team-mate Niko Kari were excluded from race one because their cars didn't have enough fuel for a sample to be taken by scrutineers.

DRS was again switched off by the organisers for the race distance.