MP Motorsport driver Boccolacci and his team-mate Niko Kari, who finished fifth, both failed to supply an adequate fuel sample and therefore have been excluded.

The result had been MP's first win in the championship, which it is new to for 2018 having taken the outgoing DAMS team's equipment.

It means that Ferrari Academy drivers benefit, with Giuliano Alesi taking third and Callum Ilott eighth, which in turn promotes Ilott to reversed-grid pole for Sunday's race ahead of Australian driver Joey Mawson. 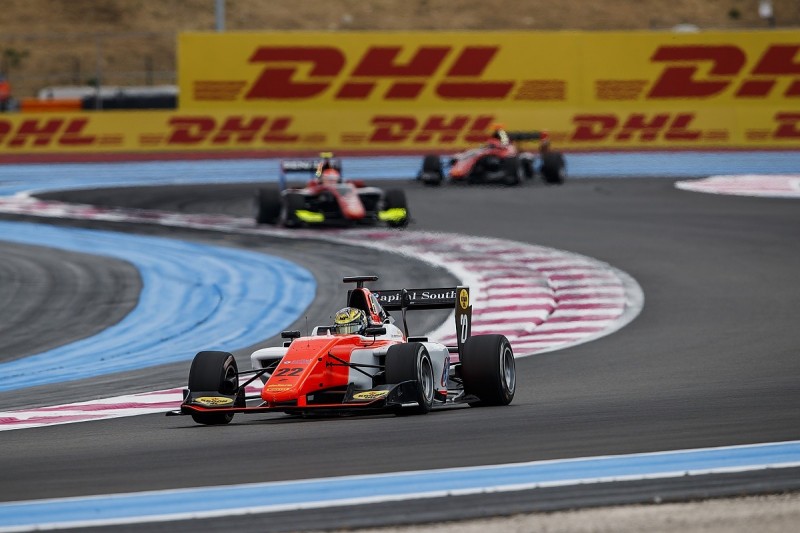 A GP3 statement read: "Following today's GP3 Series race one at Le Castellet, France, it was found that cars #22 and #24 were unable to provide an inadequate fuel sample following post-race technical checks.

"The stewards have determined that MP Motorsport have failed to ensure that the mandatory one-litre fuel sample could be taken from both cars in accordance with the technical regulations."

Hubert now leads the standings by 16 points over ART Grand Prix team-mate Nikita Mazepin, who was promoted one spot to second thanks to Boccolacci's exclusion.

ART also extends its teams' points lead to 62 over Trident, which Alesi drives for.