BullFrog GP, which was unveiled on the Saturday of the Formula 3 European Championship round at Spa, intends to form an academy structure to take underfunded drivers from Formula 4 to F3, Formula 2 and then into Formula 1.

It is the scheme of a London-based Frenchman who goes only by the name of 'JC' for Jean-Charles, for whom this is the first motorsport project.

"Our plan is to be in Macau with two cars," JC told Autosport.

"We may have to try to qualify drivers for Macau, but we also have drivers we have contacted who could drive in Macau already.

"What we are trying to do is build an academy for drivers - we want to give a chance to young and talented drivers to take them as far as we can.

"It is for the best drivers, the ones who don't have money to go through the usual process.

"They have to be very good and motivated - if they don't have money we can sort something out." 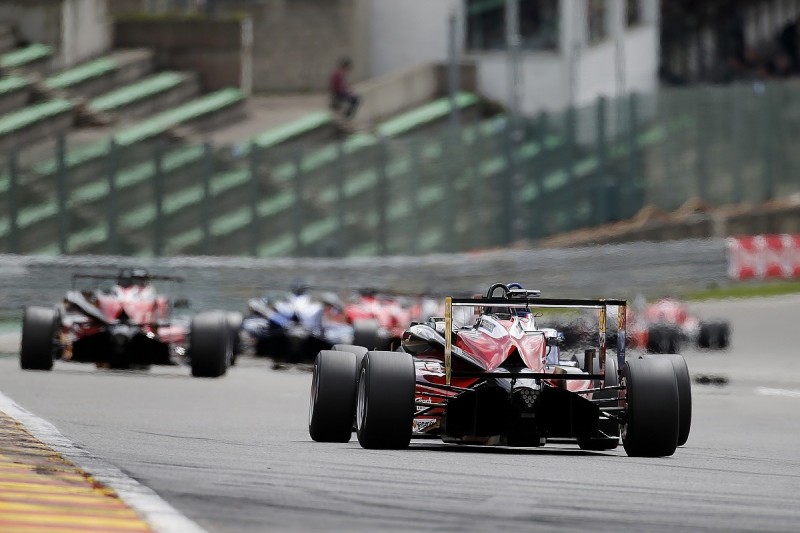 JC said he plans to buy an F3 team as well as a Formula 2 team, rather than set anything up from scratch.

He explained the reason behind the name BullFrog, which has a partnership with technology company Canon, was "because I'm French and I'm a Taurus!

"It's a good brand for a team, and we can do things differently to others - we want to try to market F3 from a commercial and business aspect, as well as sporting.

"The whole team was inspired by a poem by [Rudyard] Kipling - If.

"It's about challenges, the best opportunities and making the most of your life. It's a human story."

Although Autosport understands that no deal is in place to take over any existing team, the launch at Spa was with the help of T-Sport, and BullFrog has already stated its intention to use the NBE engine that the British team has campaigned in the F3 European Championship.

"The guys from T-Sport have a very serious track record in F3," said JC.

"They have been around for 15 years and are very talented."