Leclerc, who finished second in 2015 on his only Macau GP appearance to date (pictured below), could join Prema Powerteam, the sister squad to Prema Racing, with which he is comfortably leading the Formula 2 championship.

The Monegasque's participation in the race would fit in with the ethos of Prema backer Theodore Racing - Macau is central to the programme of Theodore boss Teddy Yip Jr, whose late father is regarded as the godfather of the race.

Any Macau appearance would likely depend on Leclerc having already wrapped up the F2 title before the final round in Abu Dhabi, which takes place the weekend after.

Autosport understands that similar plans for Antonio Giovinazzi to contest the race with Prema in 2016 had to be put on ice due to his unexpected role - as a rookie - in the GP2 title fight. 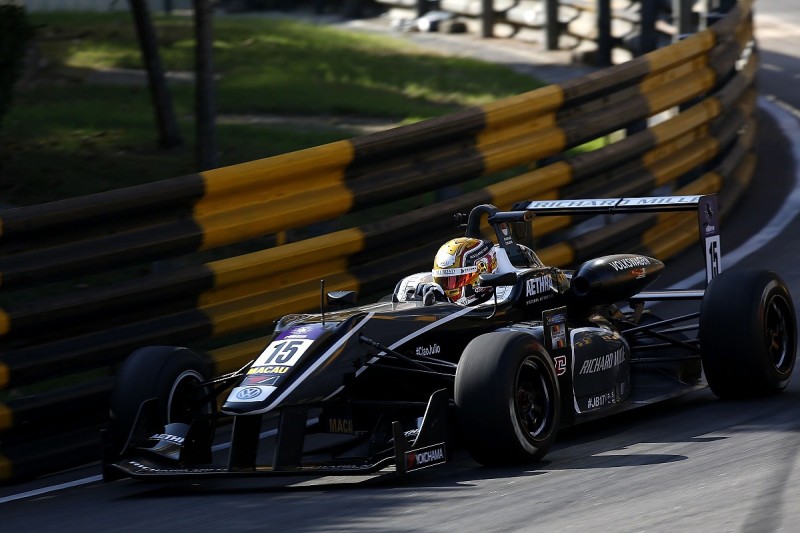 Prema boss Rene Rosin told Autosport: "At the moment Macau is not yet on the target.

"We still have to receive the first set of information from the FIA, and once we've got that we'll decide how many cars we'll bring down.

"It's possible I believe that we'll bring four cars, and it will also be logical to bring my regular drivers - the decision about drivers is not made yet.

"I think every team would like to have Charles in the line-up, but of course his main goal is to win the Formula 2 championship and doing what he's doing."

Leclerc added: "I would love to [race at Macau] but I need to see a little bit with my programme."