Piquet had a trying second season in European Formula 3 last year, finishing 14th in the points with Van Amersfoort Racing.

But a new approach for 2018 - Piquet is living on his own - coupled with a switch to GP3 with Trident has given him a boost.

He lies sixth in the F1 support category's drivers' standings, behind only one of his team-mates - Giuliano Alesi - despite being the only rookie in the squad.

"This year we left Pedro in Europe completely alone with no manager, nothing breaking his balls, he is doing everything and he's turned from a kid into a man," said Piquet Sr. "For me, that's working. He has to do everything himself.

"There's so many things to draw together, the team, the engineer, the mechanics.

"He is doing very well here and he likes the team. He is getting his confidence back."

After a crash during the second race at the Barcelona season opener, Piquet has not finished outside the top six in any race and took a fourth and a second at the Red Bull Ring last weekend. 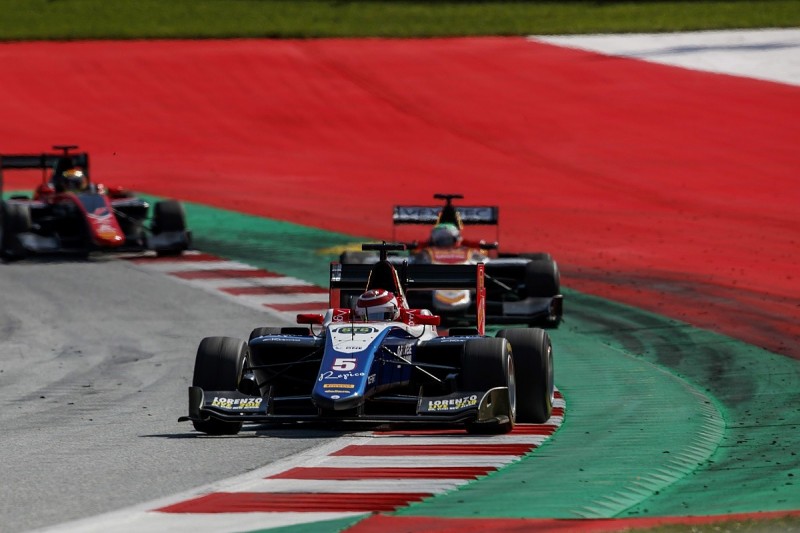 Piquet said a contributing factor to his form was GP3's Pirelli tyres, which he said resemble those he used while racing in Brazil in the national Formula 3 series.

"With [European] F3 I really struggled [on the series' Hankook tyres]," he said. "I think it's the tyre, I'm really good with these Pirellis like I had back at home in Brazil.

"I'm pleased with how everything is going, how the team is working and how the four drivers are working together."

He added he was now focused on improving his qualifying form ahead of this weekend's Silverstone round.

"The car is really good in the race and I'm always attacking someone," said Piquet. "I think Silverstone will be the biggest challenge.

"It's a really long circuit and you don't have a lot of chances to put the perfect lap together."

New car for 2019 International Formula 3 to use GP3 engine