The session began amid thunder and lightning and heavy rain, but times tumbled throughout.

Although Vips only pipped Marcus Armstrong to the top of the times by 0.065 seconds, the Motopark Dallara-Volkswagen ace was quickest by more than one second of those who didn't flagrantly abuse track limits at the ultra-fast Turn 13 kink.

But Vips was denied a double pole by encountering Keyvan Andres, who himself was doing his best to improve his laptimes, late in the session - exactly as happened in Q2 at the previous round at Silverstone - and will start the final race from third.

"I was fastest the whole session," said Vips, who at one point held an advantage of almost 1s.

"It should have been a double pole but it wasn't - if he's five seconds a lap slower than me he should have let me by.

"But even with such a messy session traffic-wise I still got a pole - that's good, because Prema [which took a 1-2-3-4 in Q1 and the first race] are dominant here in the dry and we can't match them."

As well as taking second on the grid for race two, Armstrong's second-best time gave him pole for race three, 0.326s ahead of Prema Powerteam stablemate Ralf Aron. 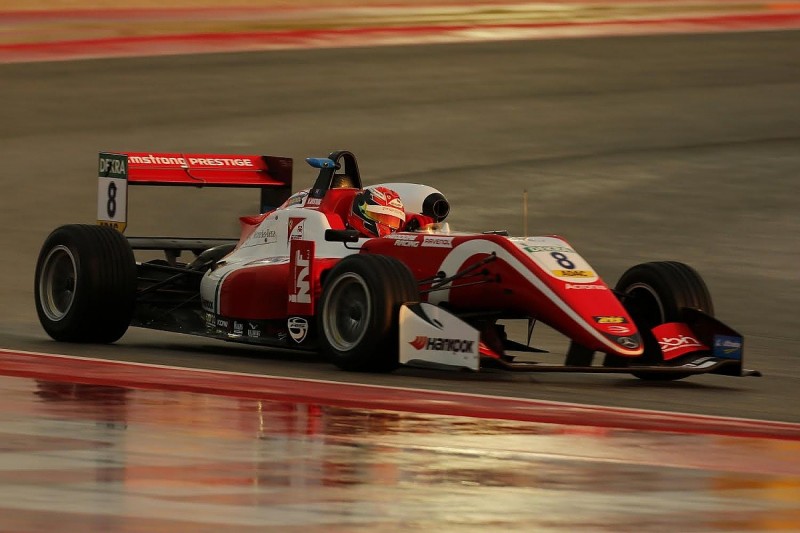 "Wagon is fast - full stop," summed up the Kiwi.

"My radio wasn't working - I couldn't hear what he [engineer Jean-Francois Levere] was saying, and I thought, 'Let's just go.' It was brilliant. No tech involved - perfect!"

Armstrong, most of his Prema team-mates (except Robert Shwartzman), Dan Ticktum, Ferdinand Habsburg and, to a lesser extent, the Hitech GP trio were all taking huge liberties with the Turn 13 run-off.

Aron was fourth fastest overall behind another Prema driver, Mick Schumacher, who drops to eighth on the grid for race three.

Carlin racer Habsburg took fifth for both Sunday's races, with Hitech's Alex Palou sixth overall (10th for race three) and Jehan Daruvala taking seventh and ninth in his Carlin car - like Vips, the Indian stayed within the track margins at Turn 13.

Prema's Guan Yu Zhou was eighth, but moves up to fourth for race three, while Ticktum put his Motopark car ninth, although he improves to seventh for the finale.

The other two Hitech drivers both earned a single top-10 grid slot for Sunday, with Ben Hingeley 10th for race two, and Enaam Ahmed sixth for race three.