Most of the field used two full sets of Hankook tyres from their weekend allocation of three sets, with rain forecast from Saturday afternoon onwards.

But Prema boss Rene Rosin said that using two sets in Q1 - despite Q2 counting for two races - is a strategy the team has tried before.

"It was just to get the confidence with the first set, to get the time on the second," he said.

"We have used this strategy at previous races, and we continued with what was our plan. 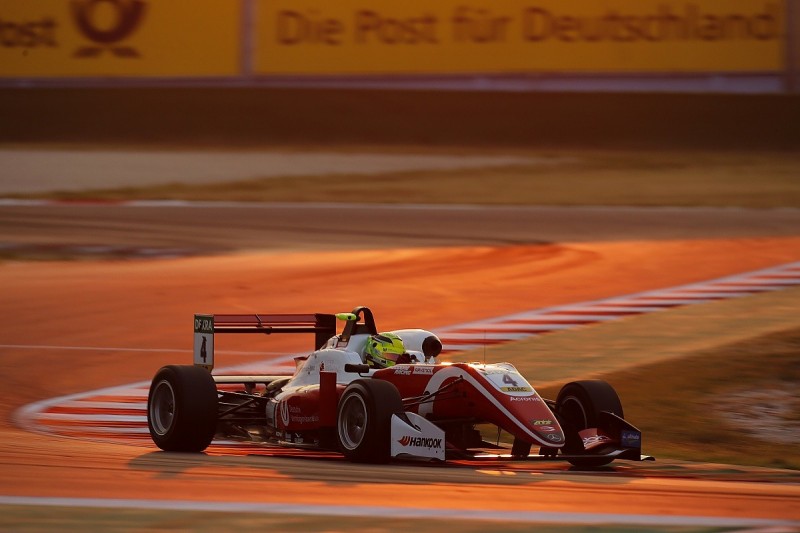 "The time always comes on the second set anyway [hence it's not a problem having only one fresh set if Q2 is dry]."

Rosin also said that "Mick did a great job in qualifying", a discipline at which he struggled before his breakthrough pole last month at Spa.

The fastest driver not representing Prema, which has not carried out a private test at Misano for three years, was championship leader Dan Ticktum in fifth position.

The Red Bull junior topped the two-day pre-season official test at the Adriatic track, but could not better the leading Prema quartet this time, although his Motopark machine was within a tenth of pole.

Top Carlin driver was Jehan Daruvala in sixth, the Indian dropping from a mid-session provisional pole after everyone had completed their first runs.

A pair of Motopark drivers will line up on the fourth row, with recent form man Juri Vips pipping Jonathan Aberdein to seventh.

Ralf Aron's frustrations have carried over from Silverstone, the Estonian proving the odd man out of the Prema quintet as he took ninth, while Carlin's Sacha Fenestraz completed the top 10.

Surprise Silverstone poleman Fabio Scherer only got out in the middle of the session when everyone started their second runs, and was 17th in his Motopark car.