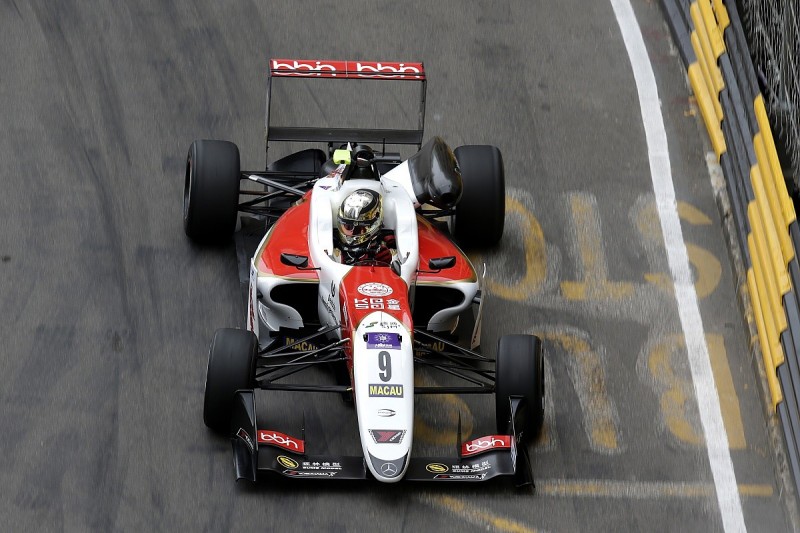 Schumacher was hovering around the fringes of the top 10 before he picked up a massive tow from Callum Ilott late in the session and vaulted his Prema Powerteam Dallara-Mercedes to the top of the times.

Prema boss Rene Rosin said that this was Schumacher's only push lap of the session, in which he was leaving plenty of margin - it also included a pass on Ilott on the brakes into Lisboa.

As Schumacher pitted on the final lap, F3 returnee Ilott regrouped and set a time just 0.030 seconds adrift of the German at the chequered flag in his Carlin Dallara-Volkswagen.

"I gave the tow to Schumacher, so lucky boy there," said GP3 racer Ilott.

"It was a good session and we kept it on track, although I had one little moment at Police. That's pretty normal, but that's the one that they caught on camera!"

Third fastest was Juri Vips, the Macau rookie also surviving a moment at Police, although in his case it damaged the left-rear rim and tyre in the early stages of the session. 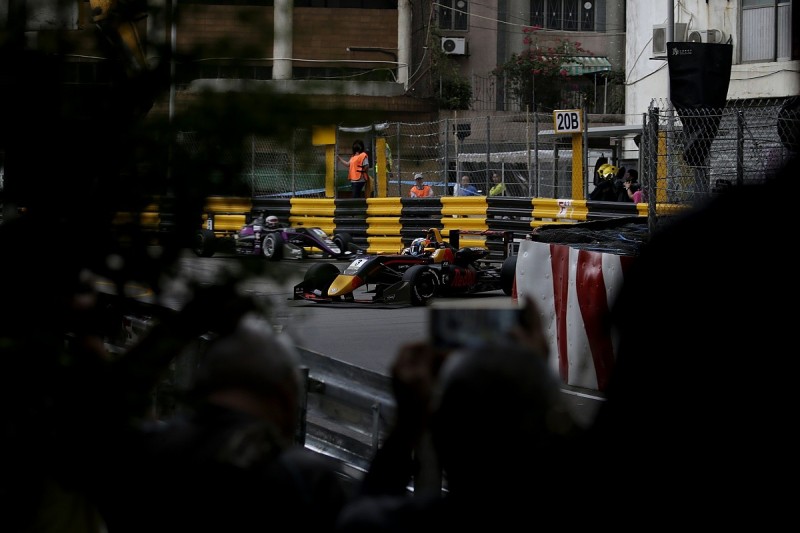 Newly appointed as a Red Bull Junior, Vips returned to the circuit and was top of the times on a fantastic Macau debut until the late improvements from Schumacher and Ilott.

"That put [me] on the back foot," said the Motopark starlet of his incident, "but in a way it's good that I made a mistake early and found the limit.

"Everyone else at the team was not liking it that much though, because they had been telling me to take it easy and not put it in the wall."

Both ran into traffic in the closing stages of the session when the quickest times were set, but each reported that all was well with their cars.

The usually smooth-driving Alex Palou looked uncharacteristically spectacular on the circuit as he put the lead B-Max Racing entry eighth in the times, on the Japanese team's first weekend since its tie-up with Motopark.

Runaway Japanese F3 champion Sho Tsuboi was a strong ninth quickest for TOM'S, while Jake Hughes rounded out the top 10 on his F3 comeback with Hitech GP.

There were no red flags in the session and very few incidents, although Macanese Charles Leong only got two laps in with his Hitech car before pitting with damage.

The inside story of Schumacher's rise