Drago Corse boss and Honda WTCC driver Ryo Michigami announced on Saturday that his team will enter the Japanese F3 Championship in conjunction with ThreeBond, which has funded the Tomei engine's development with British team T-Sport.

Drago competed last year in Super Formula and Super GT as part of Honda's squad in both series, but has pulled out of Super Formula for this season.

The confirmation from Michigami casts further doubt upon T-Sport's continuation in European F3 in 2017.

The team, which carried Kenta Yamashita to fourth place in last November's Macau Grand Prix with the Tomei powerplant, has not yet placed any entries for the series.

T-Sport principal Russell Eacott told Autosport that the team is ready to compete with the British NBE engine if a driver becomes available.

"We want to do it, but unless someone's got the budget there's no point attempting to, so that's pretty much the situation," he said.

"We've shown that when we have a good driver and the engine works, we're at the front."

But Eacott, whose squad is eyeing other race programmes, is keen to keep the F3 team going for the Macau GP.

"A couple of people want to do testing," he said.

"We could do that with the updated car, and the intention would be to go back to Macau - we'll see what happens." 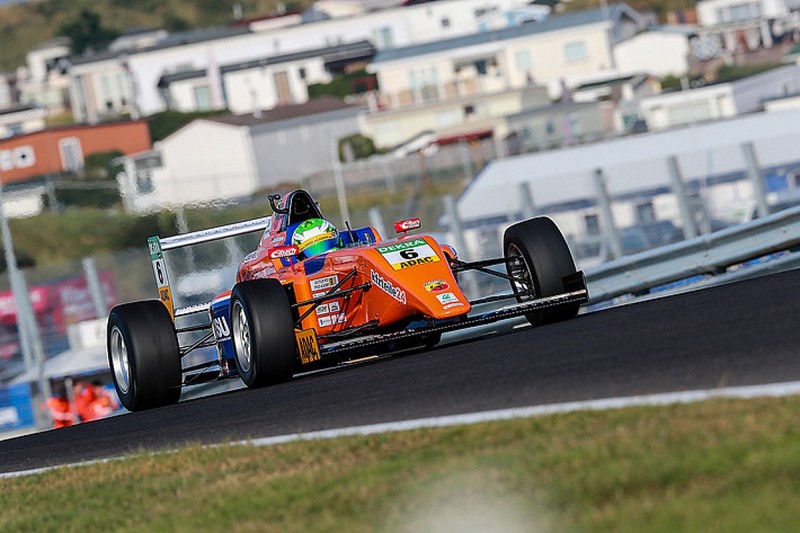 Fears that Mucke Motorsport may not be able to attract a driver for European F3 this season have receded after team boss Peter Mucke dropped a heavy hint that his star driver from the 2016 German Formula 4 Championship will step up.

Mike Ortmann, who finished third in the F4 rankings behind Joey Mawson and Mick Schumacher, was confirmed as having signed for Mucke for the 2017 season in PR from the ADAC, which promotes German F4.

"He's ready for the next class up," said Mucke, whose only single-seater programmes are in F4 and F3.

"When you've been around the block as many times as me, you get an eye for whether a driver can hack it in the next class up, or whether you tell him to stay in the same race category for another year."