New Mercedes Formula 1 protege George Russell wants to return to Formula 3 for a crack at winning the Macau Grand Prix.

Russell, who claimed pole position in his rookie visit to Macau last November, is switching to GP3 this season.

But the 18-year-old Briton says he fell in the love with the Guia track and would be up for the challenge of improving on his finishing position of seventh in 2016.

"I hope I can go back there in future," Russell told Autosport.

"It's one of the most amazing circuits I've ever driven - if you're not quick you don't enjoy a track, and if you are quick you do, but even when I wasn't very competitive in first qualifying I was still loving it.

"The track is absolutely incredible, and if I got the chance to drive it again I'd be really grateful, but after last year I'd be expected to win or put in a massive performance."

Russell added that his pole last year ranks as his best moment in motorsport, along with winning the 2014 McLaren Autosport BRDC Award.

"I put a lot of effort into that race," he said. 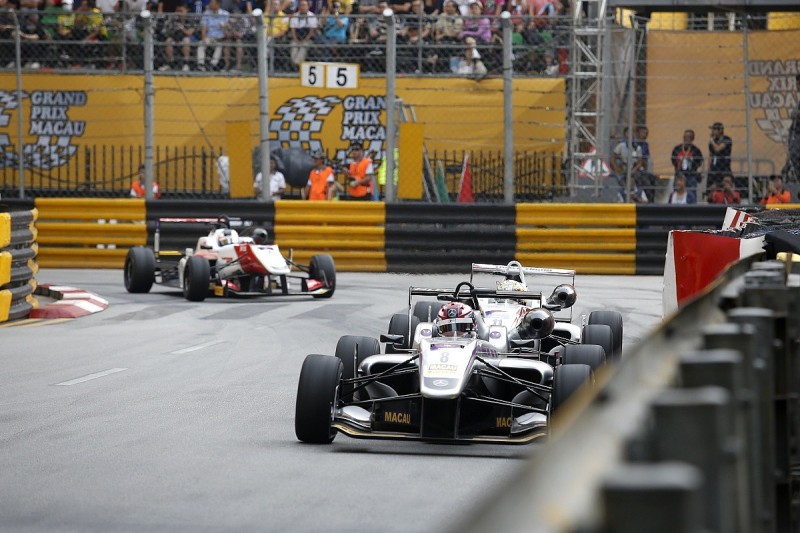 "I said all year that I'd rather have the recognition from qualifying on pole than qualifying 20th and winning when everyone else crashed.

"The feeling was unbelievable, especially as it was my first year there and the grid was one of the best ever in terms of experience and quality."

But Russell is realistic that his primary target this year is to win GP3 and, with the final round taking place in Abu Dhabi the weekend after the Macau GP, he would have to be either already confirmed as champion or out of the title hunt to compete in Macau in 2017.

Similar title-chasing commitments for Antonio Giovinazzi (in GP2) and Alexander Albon (in GP3) in 2016 meant that they had to back out of plans to return to F3 in Macau.