Pre-season GP3 Series favourite Jake Hughes says he needs his rivals to falter in the second half of the season to have a title chance, after a nightmare campaign

Hughes holds only ninth in the standings, 63 points adrift of ART Grand Prix team-mate Anthoine Hubert, after four of this season's nine events.

Hughes struggled with the tyres in Barcelona, managing only 11th in qualifying and 13th in the race, recovering to third in the sprint race.

A 10th and 17th in Paul Ricard was followed by a fifth and a win in Austria, but a battery issue in the Silverstone opener put him out, though recovered well in the second race to record eighth.

"It's disappointing as after a good weekend in Austria where it looked like the championship could have got rolling again, I lost pretty much what I gained there in one race at Silverstone," said Hughes.

"You have to put that to the back of your mind and forget about it.

"Too much has happened to us in the first few weekends. 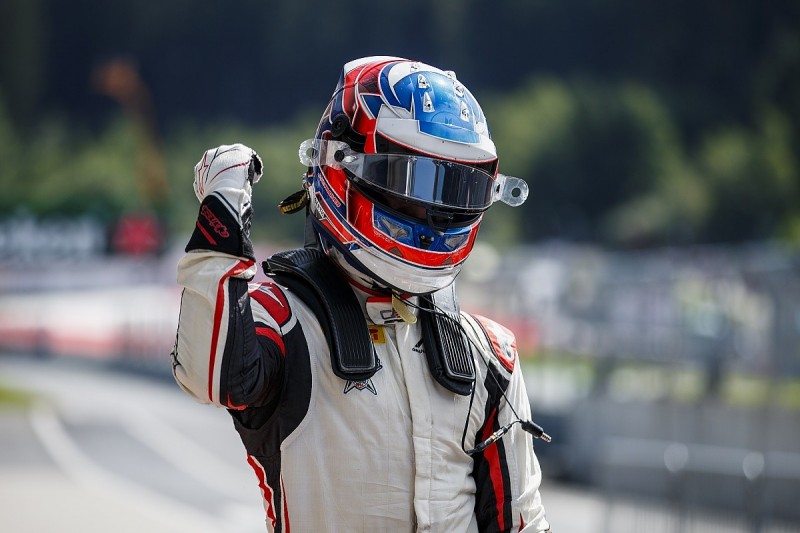 "If we have the complete opposite, the second half of the year, then maybe [the title is possible], but it's unrealistic to think you can win every single race.

"They have to drop points and I have to win races, which is entirely possible, but you can't expect it."

ART's four cars locked out the top four spots in the championship last year, and in 2018 Hughes is behind European Formula 3 graduates Callum Ilott and Nikita Mazepin, despite having competed in the 2016 season with DAMS.

"The pace hasn't been the problem," he added. "We just need everything to come together over a weekend when the field is this close."

Hughes also took part in the opening round of the newly-formed Asian F3 series at Sepang last weekend with Hitech, where he recorded a hat-trick of victories.