The F3 squad's sister Formula 2 team - which is a separate company under the name Prema Racing - organised a two-day F3 test at the Dutch circuit on June 13-14, with its F2 driver Sean Gelael driving.

Euro F3 regulations state that a team cannot test on any circuit before that venue's round of the championship is held, apart from in official tests.

Zandvoort has been resurfaced since the 2017 Euro F3 round, and one rival team claimed that the test helped Prema gain an understanding of track conditions.

Prema boss Rene Rosin told Autosport that Gelael's test was carried out on Michelin tyres rather than the F3 Hankooks, as the French rubber more closely replicates the high-degradation Pirellis used in F2.

The Italian organisation also notified the FIA, and was given clearance for the test because it did not technically breach the F2 or F3 regulations. 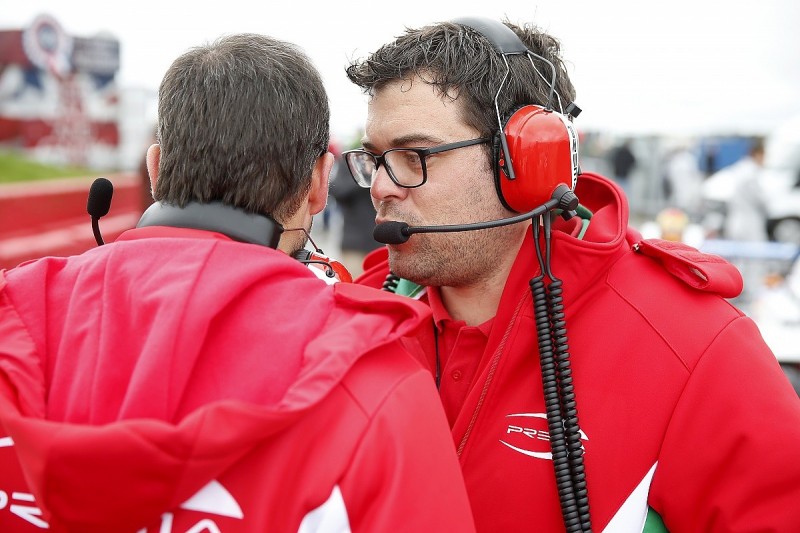 Rosin, who does not have engineering involvement on his team, was the only Prema staff member present at the test.

"No Prema guys were here, no Prema set-up was here," Rosin told Autosport.

"Sean Gelael organised a test in a Double R car with Michelin tyres.

"As per F2 regulations, we announced the test to the FIA and even copied in the F3 championship organisers, and it was cleared within the F2 regulations.

"The FIA sent over an observer and no data was collected from the drivers and not even from Double R - therefore there was no advantage for the F3 team."

It is understood that the FIA observer, Euro F3 technical delegate Florian Bartsch, erased all the data from the car.

An FIA spokesperson said: "In the spirit of both championships and with full cooperation and agreement by the team, an FIA technical delegate was present at the test to ensure that no data gathered by the F2 team was stored or transferred to the F3 team."

The Prema test came 13 months after Carlin, which carried Lando Norris to the 2017 title, was implicated in a complaint to the FIA by a rival team regarding a test that also used Double R's F3 cars.

The complaint alleged that Carlin drivers Devlin DeFrancesco and Ameya Vaidyanathan, who were then competing for the team in Euroformula Open, had been seen testing two FIA F3-spec Double R Dallaras at the Red Bull Ring in May 2017, four months prior to the Euro F3 round at the circuit, and that they were accompanied by Carlin engineers.

The test did not breach any regulations and no action was taken against Carlin.

At least one other team is understood to have also used Double R equipment with non-Euro F3 drivers for a similar exercise last year.