The championship is following sister category GP2 in bringing in DRS next season, and has been testing the system in private on its development car in recent months.

It invited this year's title-winner Leclerc to help finetune DRS options over six days of running at the F1 tracks in Abu Dhabi and Bahrain this month.

"One of the objectives of the test was to check if the DRS device will bring enough of an advantage to help produce good fights at the braking points," said Ferrari protege Leclerc, who covered 1600 miles of running during his tests.

"The first option we tested didn't make a significant difference.

"When I tested the second option, the improvement was huge. This was noticeable at both Yas Marina and Bahrain.

"I think there will definitely be a lot more overtaking opportunities which will make the races even more interesting.

"From my side, it's always nice to arrive at the end of the straights a bit quicker, so it was good fun to drive."

Leclerc also carried out tyre work for Pirelli during the tests. 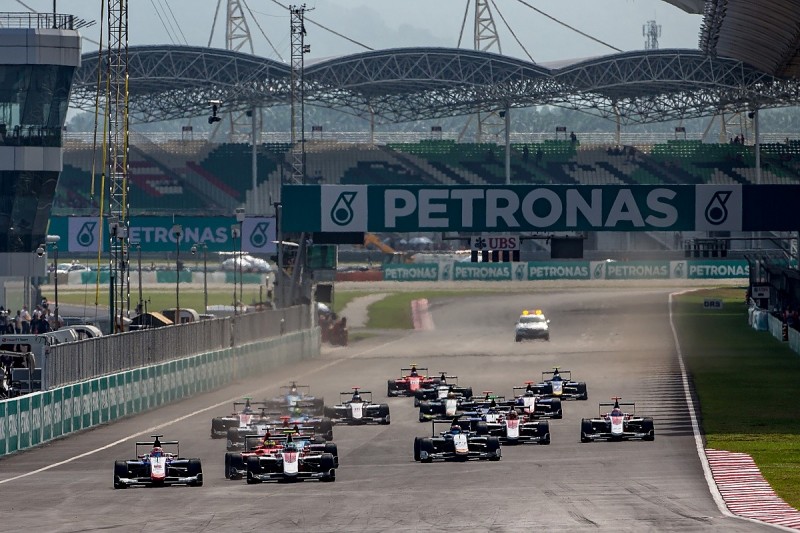 GP3 had hoped its new-for-2016 car would prove more conducive to overtaking, but series chief Bruno Michel admitted to Autosport earlier this year that the championship "missed a little bit of action at the beginning of the season".

In addition to DRS, Michel hoped finetuning the degradation level of the Pirelli rubber would make GP3 a more consistently entertaining spectacle in 2017.

"It also depends on what we are doing with Pirelli because we are working very closely with Pirelli on the tyres and the tyre degradation," he said.

"Sometimes we had the degradation that we wanted to have.

"And some of the times like [Sepang], because they completely re-did the surface of the track and everybody is surprised because the track is not abrasive at all, the tyres just go forever."

Schumacher vs Hakkinen: The first coming